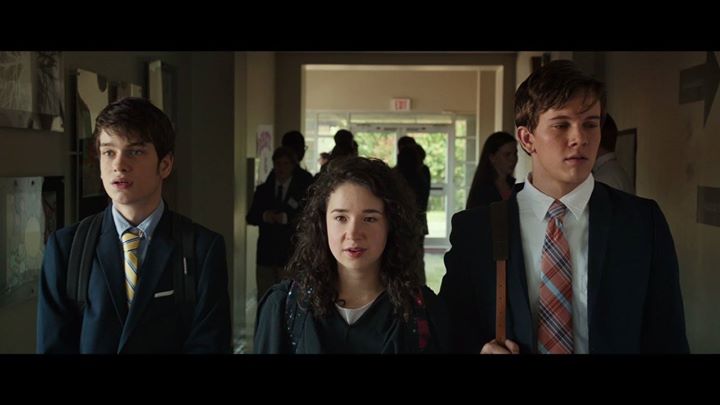 Check out the trailer for the all new film version of the Off Broadway play Speech & Debate.

The film stars Liam James, Sarah Steele (recently in The Humans on Broadway and appeared in the original Off Broadway production), and Austin P McKenzie (recently in the acclaimed Deaf West Theatre revival of Spring Awakening Broadway) as three misfit High School misfits students frustrated with the hypocrisy they see in their parents and school staff.

In addition, the film features some Lin-Manuel Miranda, Skylar Astin, Roger Bart, and a song by Kristin Chenoweth.

SPEECH & DEBATE will be released in selected Theatres on April 7, 2017.

On April 7, find your voice.

See SPEECH & DEBATE in select theaters, on iTunes, and VOD.