HAVE YOU HEARD?! The marquee for the highly most anticipated show of the season Anast… 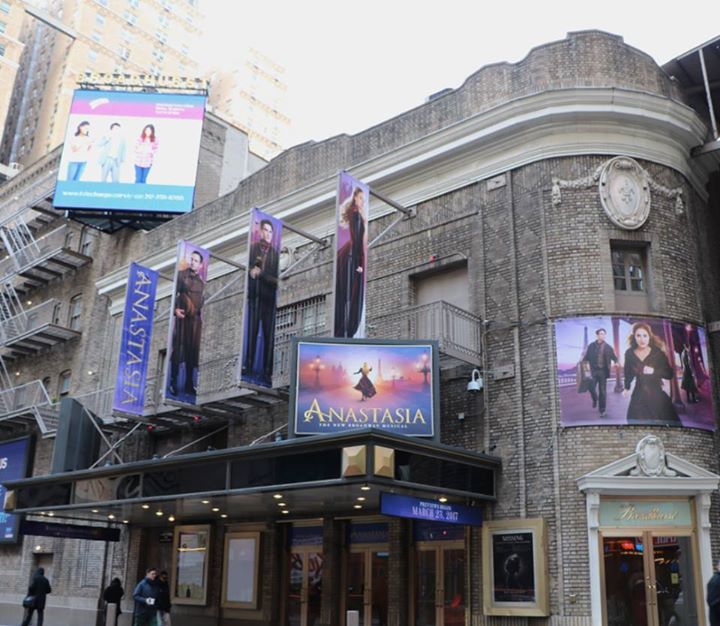 HAVE YOU HEARD?! The marquee for the highly most anticipated show of the season Anastasia The Musical went up today outside the Broadhurst Theatre.

On the marquee, it features the show’s 3 stars Christy Altomare as the title role (nicknamed Anya), Derek Klena as Dimitri, and Tony and Oliver Award nominee Ramin Karimloo as the show’s new sexy villain Gleb Vaganov.

Who is excited to discover THE RUMOR, THE LEGEND, and THE MYSTERY of the lost Russian Princess?

Don’t turn back now that we’re here! The ANASTASIA marquee is now up at the Broadhurst Theatre and our box office is officially open!