BREAKING NEWS: The best of the Great White Way is making its way to your TV screens this Fall. PBS is pleased to announce the lineup for the 2019 edition of the PBS Arts Fall Festival all set to air on Great Performances l PBS every Friday night beginning November 1st, 2019. The lineup will include the following….

42nd Street – Filmed live in London's West End at the Royal Drury Lane Theatre, this presentation captures the critically acclaimed 2001 Tony Award winning and 2017 Olivier Award nominated revival led by Bonnie Langford, Tom Lister, and Clare Halse Under the direction of the late Mark Bramble (who also co-wrote the book) and choreography by Randy Skinner, this revival was well known for featuring a full 50 piece cast (featuring 100 tap legs creating the iconic DANCING FEET we all know in love) telling the iconic story of the behind the scenes drama that goes into making a new musical on its road to Broadway in the 1930's Great Depression. With an iconic score by Harry Warren, and Al Dubin, Johnny Mercer along with a book by Mark Bramble and Michael Stewart, it features some of the most iconic songs ever written for the stage including YOUNG & HEALTHY, GETTING OUT OF TOWN, WE'RE IN THE MONEY, LULLABY OF BROADWAY, SHUFFLE OFF TO BUFFALO, and the iconic title song 42ND STREET,

The King and I the Musical – Filmed live at The London Palladium, this presentation captures the critically acclaimed 2015 Lincoln Center Theater revival of this Rodgers & Hammerstein classic under the direction of Bartlett Sher and choreography by Christopher Gattelli. It features its 3 original stars from Broadway reprising their performances on the West End consisting of Tony and Oscar nominee Ken Watanabe along with Tony winners Kelli O'Hara and Ruthie Ann Miles taking on this iconic story of a widowed British schoolteacher who comes to educate the royal children under the watchful eye of a strict royal king (as part of the drive to modernize his country in 1960's Siam (now known as Thailand). The musical features some of the most iconic songs ever written for the stage including I WHISTLE A HAPPY TUNE, GETTING TO KNOW YOU, and SHALL WE DANCE,

Much Ado About Nothing – Filmed at the Delacorte Theatre in Central Park, this production marks history for the first time in 4 decades that a show taking part in The Public Theater's Shakespeare in the Park series gets captured on film. Under the direction of Kenny Leon, this modern day presentation features a full lineup of colored actors led by Danielle Brooks and Chuck Cooper performing William Shakespeare's legendary comedy centers on a community celebrating a break from an ongoing war. But not all is peaceful amid the revelry, as old rivals engage in a battle of wits, unexpected foes plot revenge, and young lovers are caught in a tumultuous courtship ? until love proves the ultimate trickster, and undoes them all,

RED – Filmed at London's Wyndham Theatre, this presentation captures the intensity of John Logan's 2010 Tony winning Best Play. The production is a remounted revival of director Michael Grandage's original production led by its Tony winning star Alfred Molina along with Alfred Enoch. Set in a studio in New York City in 1958 to 1959, tells the story of acclaimed artist Mark Rothko and his relationship working with his assistant Ken on creating murals for the expensive and exclusive Four Seasons restaurant.

and Kinky Boots The Musical – Filmed at London's Adelphi Theatre, this presentation captured the inspiring, feel good, beauty, and high energy performances of the Tony, Olivier, and Grammy winning smash hit. Under the direction and choreography of Tony winner Jerry Mitchell, a score by Cyndi Lauper, a book by Harvey Fierstein based on the 2005 film of the same name, and led by Killian Donnelly and Matt Henry, it tells the story of a unique partnership between the son of a Shoe Factory owner and a cabaret drag queen performer who produce a line of high heeled boots in attempt to save the business. It features some notable songs like THE MOST BEAUTIFUL THING, TAKE WHAT YOU GOT, LAND OF LOLA, THE SEX IS IN THE HEEL, HISTORY OF WRONG GUYS, EVERYBODY SAY YEAH, NOT MY FATHER'S SON, HOLD ME IN YOUR HEART, and RAISE YOU UP.

The official schedule of what will air every Friday night in order will be announced soon.

The two join the previously announced filming of the Public Theater?s Much Ado About Nothing starring Danielle Brooks.

Watch Clips of Kelli O’Hara, Will Chase, Corbin Bleu and the Cast of KISS ME, KATE 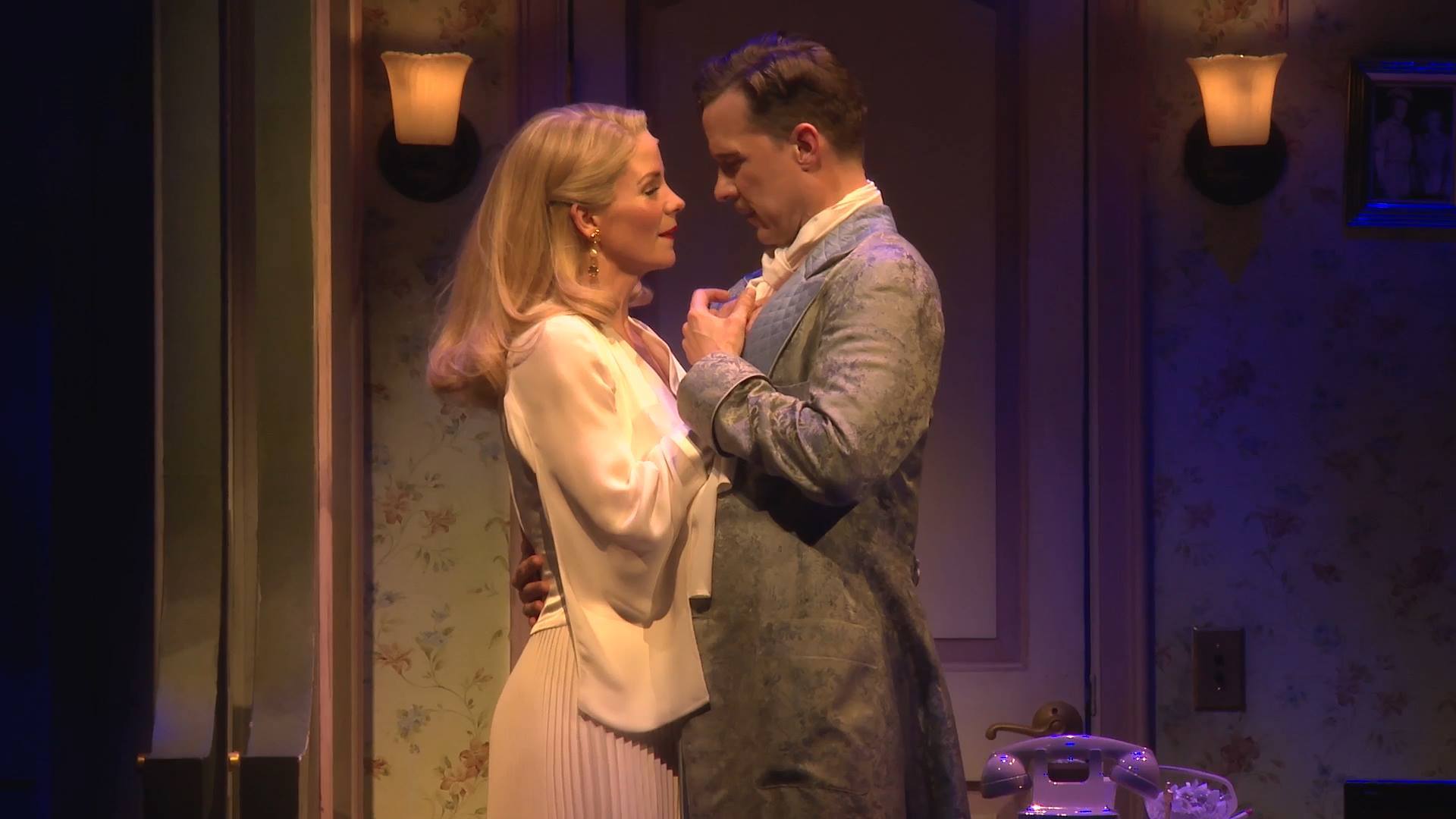 Get a first look at Kelli O’Hara, Will Chase, Corbin Bleu, Stephanie Styles and the cast of KISS ME, KATE with these show clips

How Kelli O?Hara Gets Ready for Broadway, Night After Night

Go behind the scenes at a day in the life of the WUNDERBAR talent of Tony winner (and nominee again this year) Kelli O'Hara of her process of taking on the iconic role of temperamental diva "Lilli Vanessi" in Roundabout Theatre Company's 4 time Tony nominated revival of KISS ME, KATE at Studio 54 (now playing through June 30th, 2019). This role has incorporated more of O'Hara's comedic skills following her previous Broadway roles being very dramatic. How stunning is Kelli?

How Kelli O?Hara Gets Ready for Broadway, Night After Night

The Tony-winning actress takes us inside her dressing room and shares her two-hour pre-curtain regimen.

Every performer out there who comes to NYC dreams to peruse that one dream job of performing 8 SHOWS A WEEK on Broadway, Off Broadway, National Tours, and more. However, it’s a long hard road to get there because of one thing…. the dreaded REJECTION from the casting directors and industry.

Some performers dealing with rejection take it very personal and quit the business. Also there are those who don’t give up by forgetting about the previous audition they DIDN’T get cast in and move on to the next audition till the casting director gives them the go-ahead that THEY BOOKED THE GIG. You grow a thick skin from all the rejections.

To all performers out there, never give up on those Broadway goals. Keep on auditioning, training, and networking.

Check out these inspiring stories from some of your favorite Broadway and West End superstars talking about their worst REJECTIONS and how it led to something better.

How helpful is this?!!

What was your worst rejection stories? How did you handle it?

Broadway is a tough industry, and if you’re going to pursue a career in theatre you’ve got to be prepared to face rejection fairly regularly. Though performers will often take to social media to share exciting news like booking a gig, very few will openly talk about jobs they didn’t book. Check out….

Breaking: Wunderbar! Will Chase Will Join Kelli O’Hara in Broadway-Bound KISS ME, KATE

The actor will take on the role of the hot, sexy, and narcissistic “Fred Graham” (who directs and produces a musical adaptation of TAMING OF THE SHREW which he plays the starring role of “Petruchio”). Chase joins the previously announced Tony Award winner Kelli O’Hara who stars as diva “Lilli Vanessi” (who plays “Katherine” and co-starring opposite her ex-husband “Fred” in the TAMING OF THE SHREW MUSICAL).

Roundabout Theatre Company’s production of KISS ME KATE is a strictly limited engagement coming to the legendary Studio 54. Previews begin February 14th, 2018, Opening Night is set for March 14th, 2018, and will run through June 2nd, 2018 (with a possible extension if the production does get a lot of Tony buzz).

Who is excited to see Will Chase and Kelli O’Hara get into a hilarious onstage and offstage knockout?!

Breaking: Wunderbar! Will Chase Will Join Kelli O’Hara in Broadway-Bound KISS ME, KATE