Attention all GLEEKS! Check out this NEW York Broadway Tour which features bios of the amazing cast of Glee and its Broadway and Off-Broadway stars. Learn about Lea Michele, Matthew Morrison, Darren Criss, Jenna Noelle Ushkowitz, Amber Riley, and more! Discover the theatres where they had their Broadway debuts, enjoy fun Glee trivia, and sing along with your licensed musical theatre tour guide to all of the fun Broadway songs made re-famous by Glee?s amazing cast!?So are YOU a gleek? Maybe after the tour you will be!

Highlights of the tour include:

– The origins of musical theatre and the history of Broadway!
– Famous show stoppers & Glee songs (performed by your tour guide!)
– Learn about the bios of the amazing Broadway stars who have appeared on the show such as Kristin Chenoweth, Idina Menzel, Neil Patrick Harris, and more.
-Sing ?Empire State of Mind? near the red steps and join us in the concrete jungle where dreams are made of!

What Do The Bishop from Les Miserable` and Rafiki from Walt Disney’s The Lion King Share in Common? 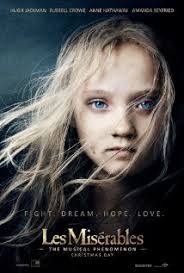 Have you seen the Les Miserable` movie yet? Are you as obsessed with Colm Wilkinson as I am? He happens to be the reason I am obsessed with the movie. (And yes, you will find that I use the word ?obsessed? just as much as Seth Rudetsky. Sorry Seth.) For those of you who don?t know Colm Wilkinson, he created the role of Jean Valjean when Les Miz opened in 1985 at the Barbican Theatre in London. When it transferred to Broadway two years later, Producer Cameron Mackintosh refused to open the show unless Colm Wilkinson played Valjean. His wish was granted, even though it went against the Actor?s Equity Association?s policy of only hiring American actors at that time. See for yourself why Mackintosh insisted that Wilkinson was the only man for the job.
http://www.youtube.com/watch?v=TrPCWfB-Jdo

Epic right? Cameron Mackintosh and the team of Producers had the same idea when the movie was first being discussed. They felt that it was very important to have Colm Wilkinson in the movie, even if he had to play a different role. Once again, his wish was granted as Wilkinson plays the Bishop in the movie, adding a special symbolic undertone to the film. Wilkinson passed the torch to Hugh Jackman, giving him advice and encouragement on the journey of taking on the challenging role of Valjean. Similarly, in Les Miz the Bishop is Valjean?s guide to a better life as he gives him a second chance to live a life worth living. Colm Wilkinson and the Les Miz team sum it up better than I can:

And now for my fun Disney fact: While we?re on the topic of guidance, we all know and love the hilarious character Rafiki in Lion King who is essentially Simba?s counselor. Did you know that ?Rafiki? is Swahili for ?friend??

Thanks for reading. Would love to hear your feedback!