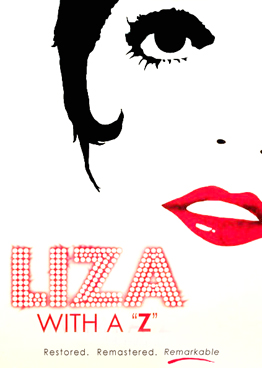 BREAKING NEWS: Earlier this year, the legendary Liza Minelli celebrated her 75th Birthday. In celebration of this huge milestone, PBS‘ local New York station Thirteen WNET will be airing the entertainer’s signature Emmy Award winning 1972 concert film LIZA WITH A “Z”. You can expect this iconic special to air on the channel on August 12th, 2021 at 8pm EST. An encore presentation will then air on August 14th, 2021 (3 TIMES at 1am, 4:30pm, and 8pm EST).
Directed and choreographed by the late Bob Fosse, LIZA WITH A “Z” was filmed at Broadway’s Lyceum Theatre in 1972. It’s a full scale variety concert of Liza Minelli in her triumphant glory after having just won the Oscar for her performance in Cabaret that same year. Along with songs from that musical, it also features material specifically written for her by John Kander and Fred Ebb. Accompanied by a full orchestra and backed up by dancers and singers, notable songs include the title song, YES, GOD BLESS THE CHILD, I GOTCHA, SON OF A PREACHER MAN, RING THEM BELLS, and more.
It originally aired on NBC back in September 1972 where it earned rave reviews and huge ratings. It went to be nominated for 8 Emmy Awards. It took home 4 including OUTSTANDING SINGLE PROGRAM.
This special would not be released on Video and DVD till 1999.
Tune in and celebrate the legacy of one of the most iconic entertainers of them all.
Any Liza Minnelli fans out there?
Who is excited?!!