MAN UP! Casting announced for the return of Broadway’s THE BOOK OF MORMON this Fall!! 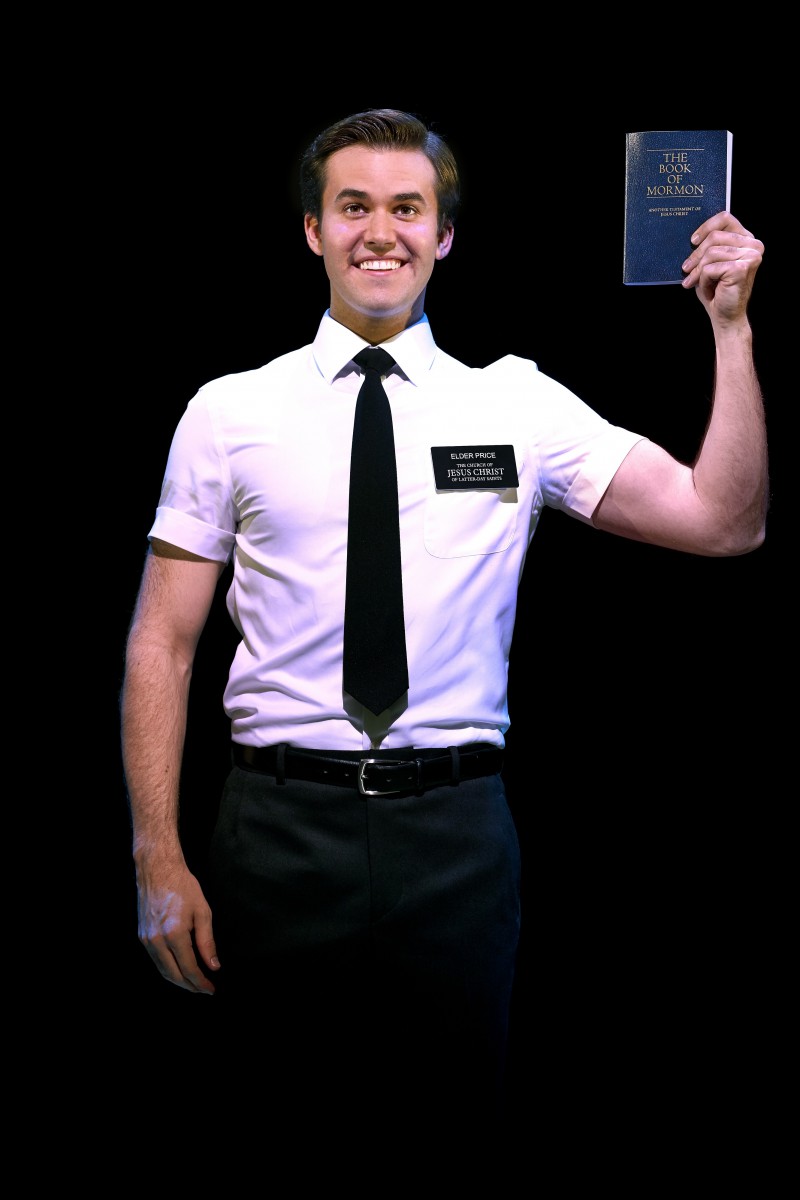 HELLO!! Full casting has been announced for the return of the Broadway company of the Award winning smash hit The Book of Mormon. Under the direction and choreography of Casey Nicholaw, this unbelievable of LATTER DAY SAINTS and UGANDIAN residents will be led by…..
Kevin Clay in his Broadway debut as the hopeful, serious, selfish, to-himself, and perfectionist “Elder Price” which he previously played on the National Tour,
Longtime cast member Cody Jamison Strand returning as everyone’s favorite high energetic, awkward, nerdy, and always imaginative “Elder Cunningham” which he also played on the National Tour and in London,
Kim Exum returning as the beautiful, brave, and dreamy Ugandian herself “Nabalungi”,
Sterling Jarvis returning as protective Ugandian leader “Mafala Hatimbi” which he previously played on the National Tour,
Stephen Ashfield returning as optimistic LGBTQ, and flomboyant missionary leader “Elder McKinley which he originated and won an Olivier Award for his performance in the show’s London company,
Derrick Williams returning as the wicked “General BFN”,
and
a Full Ensemble.
The Broadway company of THE BOOK OF MORMON will make audience BELIEVE that TOMORROW IS A LATTER DAY once again beginning November 5th, 2021 at the Eugene O’Neill Theatre. Other productions of the show set to reopen will also include its London company and UK/ Ireland Touring productions. More companies will be going out as well.
When the show does return, there will be some tweaks and updates to the script made. All of this has come following last year’s events of the Black Lives Matter protests. During that time, the show itself received so much backlash with its portrayal of Africans (since about 85% of the musical takes place in Uganda). Work will be made to the show’s score and book by its creators (Trey Parker, Matt Stone and Robert Lopez) to make it less offensive. These changes will go also to all future companies as well.
In addition, it returns without its main head producer Scott Rudin. Earlier this year, the producer had dropped from all his Broadway projects following recent reports of his horrific, arrogant, abusive, monstrous, ugly, and tyrannical behaviors towards people in the work place.
Who is excited?!!!
Kevin Clay, Cody Jamison Strand, and More Will Lead THE BOOK OF MORMON on Broadway (broadwayworld.com)