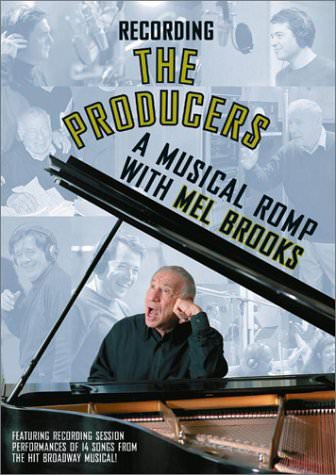 For every Broadway fan out, we all grow up belting out our favorite showtunes thanks to the legacy of cast albums. However, most people do NOT know how much hard work and dedication it takes for all those involved with your favorite musicals in bringing the magic of 8 times a week onto a CD. Right now, we’re about to take you on the ultimate throwback journey.
Back in 2001, PBS‘ Award winning series Great Performances teamed up with the cast, crew, musicians, and creative team of Mel Brooks‘ Award winning musical comedy The Producers following their journey as they head into the recording studio to make their Original Broadway Cast Recording. The 90 minute documentary entitled RECORDING THE PRODUCERS was captured at New York City’s Edison Recording Studio. You will be front row center watch showstopping performances from its Award winning stars Nathan Lane, Matthew Broderick, Cady Huffman, Brad Oscar, Roger Bart, the late Gary Beach, and more laying down tracks of your favorite songs from the musical adaptation of Brooks’ 1967 film of the same name including….
KING OF BROADWAY,
WE CAN DO IT,
I WANNA BE A PRODUCER,
WHEN YOU GOT IT, FLAUNT IT,
ALONG CAME BAILEY,
and
of course…… SPRINGTIME FOR HITLER.
It will also feature interviews with both the cast and creative team (including Brooks and director/choreographer Susan Stroman).
The Original Broadway Cast Recording of THE PRODUCERS was recorded on March 11th, 2001…. just a week and a half before they actually began preview performances on Broadway. The company had a full day off from tech rehearsals. and went straight into the studio.
The cast album was released a month after it was recorded and just 2 days before THE PRODUCERS actually had its official Opening Night. It went on to become a successful BOTH show and cast album.
Along with winning its recording breaking 12 Tony Awards, the cast album won a 2002 Grammy Award for BEST MUSICAL SHOW ALBUM.
The original Broadway production of THE PRODUCERS ran for 6 years playing 2,502 performances at the St. James Theatre.
How amazing was this documentary?
Any THE PRODUCERS fans?
Who has that original cast album of THE PRODUCERS?!!!
The Making Of The Producers Album – YouTube