DELICIOUS NEWS: Broadway favorite Desi Oakley (Broadway’s WICKED The Musical, Les Miserables – Musical, and recently seen as “Roxie Hart” in Chicago The Musical) is set to rejoins the National Touring production of the Tony and Grammy nominated smash hit Waitress the Musical for its final engagement… 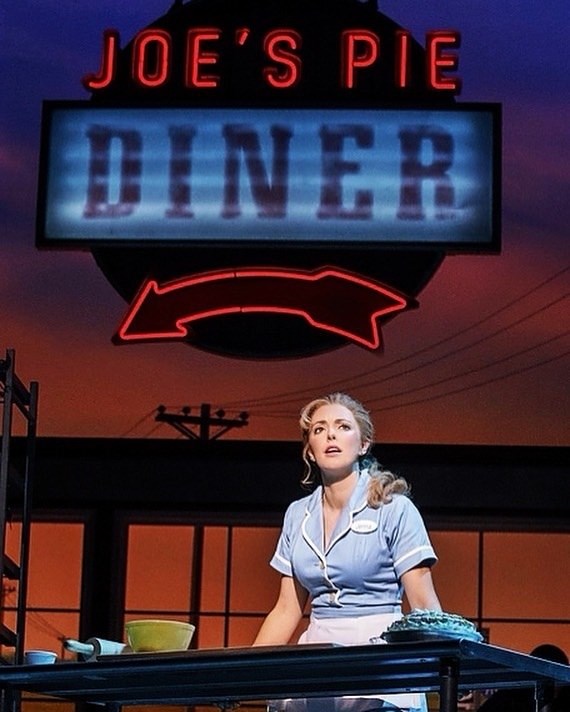 SOME KIND OF WONDERFUL NEWS: As previously announced beginning June 27th, 2019, Grammy Award winning singer-songwriter Vanessa Carlton will make her Broadway Debut taking on the lead role of "Carole King" in the Tony and Grammy winning smash hit Beautiful – The Carole King Musical for a 10 week engagement at the Stephen Sondheim Theatre.

The production's longest running leading lady Chilina Kennedy played her final performance after over 2,000 performances this past Sunday, June 9th, 2019 (same day of the Tony Awards) before kicking off the National Tour of last year's Tony winning smash hit The Band's Visit later this month.

Currently during the interim before Carlton's first performance, the role of the iconic Grammy winning singer-songwriter will be rotated by the show's 2 incredible understudies who truly are NATURAL WOMEN themselves….

Elena Ricardo (Fresh from the National Tour of BEAUTIFUL and known as Broadway's closing "Sophie" in MAMMA MIA!)

Who is excited for some incredible talents FEELING THE EARTH MOVE?

BREAKING NEWS: Things are about to become GIRL PERFECT as Bend It Like Beckham The Musical is finally making its way to North America later this year. The show will premiere there in Toronto, Canada playing the St. Lawrence Centre for the Arts' Bluma Appel Theatre from December 7th – 24th, 2019.

BEND IT LIKE BECKHAM is a musical adaptation of the acclaimed 2002 British romantic comedy film of the same name. It tells the story a British teenager who faces the disapproval of her Punjabi Sikh parents in pursuing her dream of playing soccer (Football in the UK). The show features a score by Howard Goodall, lyrics by Charles Hart, and a book by Gurinder Chadha, OBE (who wrote, produced, and directed the original film and the musical).

The musical premiered in London's West End at the Phoenix Theatre running for only 9 months. Under the direction of Gurinder Chadha, the cast featured…

Preeya Kalidas (previously from the original film) as "Pinky".

It was nominated for 5 Olivier Awards in 2016 including Best New Musical but lost all the catagories.

A musical adaptation of the girl-power soccer film Bend It Like Beckham is set to make its North American premiere in Toronto this winter.

BREAKING NEWS: Get ready to LOOK AT YOUR LIFE THROUGH HEAVEN'S EYES as the stage musical adaptation of the Oscar winning DreamWorks Animation film The Prince Of Egypt is making its way to London's West End next year. Under the direction of Scott Schwartz and choreography by Sean Cheesman, the show will begin performances at London's Dominion Theatre on February 5th, 2020, the official Opening Night set for February 25th, 2019, and will run for a strictly limited 32 week engagement.

THE PRINCE OF EGYPT is a musical adaptation of the Exodus story. It centers on the biblical story of "Moses", a Hebrew newborn who was saved by the Egyptian royals, leading the Children of Israel out of Egypt, and receiving The 10 Commandments. It features a score by Tony and Oscar winner Stephen Schwartz (the genius behind WICKED The Musical, Godspell, Pippin the Musical, Pocahontas, and more). It features some of the most beloved songs written for the big screen that will be heard on stage including DELIVER US, ALL I EVER WANTED, THROUGH HEAVEN'S EYES, and the Oscar winning WHEN YOU BELIEVE. In addition, Schwartz also wrote 10 new songs for the show.

The stage musical adaptation had its official World Premiere at TheatreWorks Silicon Valley in Mountain View, California back in 2007. It also was performed in Danish at the Fredericia Teater in 2018, and most recently last summer performed in Utah at the Tuacahn Amphitheatre and Center for the Arts.

DreamWorks Theatricals (a division of Universal Theatrical Group), Michael McCabe and Neil Laidlaw have announced that THE PRINCE OF EGYPT, the new stage musical based on the celebrated DreamWorks Animation film and featuring the Academy Award?-winning song When You Believe, will begin performances…

BREAKING NEWS: Back for the 4th year in a row, Award winning Stage and Screen scene-stealer Michael Urie (fresh off his crititcially acclaimed performance in the short-lived Second Stage Theater revival production of Torch Song on Broadway) will once again host this year's Drama Desk Awards.

The 64th Annual Drama Desk Awards (as previously announced) is set for June 2nd, 2019 once again at New York City's The Town Hall. To be considered to get nominated, the cutoff date is April 24th, 2019. The official reveal of the Drama Desk nominations is scheduled for April 25th, 2019 at a venue and presenters TBA. In addition, announcement of this year's presenters, and performers for actual ceremony will be announced as time gets closer.

The Drama Desk Awards are considered as the Golden Globes for Theatre honoring the best of Broadway, Off-Broadway, and Off-Off Broadway artists. They are voted for each year by theater critics, journalists, editors, and publishers that cover New York theater news.

We know Michael will get the crowd erupting into roof shaking laughter into applause as the host. When he hosts, you never know what will happen.