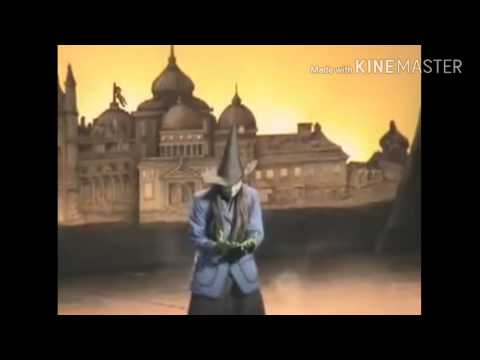 The Award winning smash hit WICKED The Musical continues to play to packed houses on Broadway, on tour, in London’s West End, and around the world.

In 2006, Universal Studios put together an abridged 30 minute version of the hit musical for their theme park in Japan. It was part of the (no longer running) LAND OF OZ attraction (a full themed park of all things The Wizard of Oz). This version closed in 2011 to make way for the Osaka production of the entire musical.

WICKED’s 30 minute version was performed in the Emerald City Theatre featuring a replica of the set (as seen in most of the companies we know) and the cast rotating languages (singing in both English and Japanese). The show mainly focused on the preliminary storyline of Act 1 (the beginning of Glinda and Elphaba’s friendship). With that, the roles of Madame Morrible, Fiyero, Boq, Nessarose, and Dr. Dillamond were cut.

The songs were not in the exact order as we know from most productions. It was…

ONE SHORT DAY
DEAR OLD SHIZ
WHAT IS THIS FEELING
THE WIZARD AND I
POPULAR
A SENTIMENTAL MAN
DEFYING GRAVITY
FOR GOOD
DEFYING GRAVITY (Reprise) – The moment she flies!!!

In addition, the role of Elphaba was rotated by American and Australian actresses for this production. In this video, Elphaba is performed by New Jersey actress Jill Giacchi. Another Elphaba that appeared in this version was Jemma Rix (who later went on to play the Green Girl in the musical’s acclaimed Australian and Asia Tour Productions).

How THRILLIFYING is this 30 minute abridge version?