The Circle of Life 360? Insider Edition 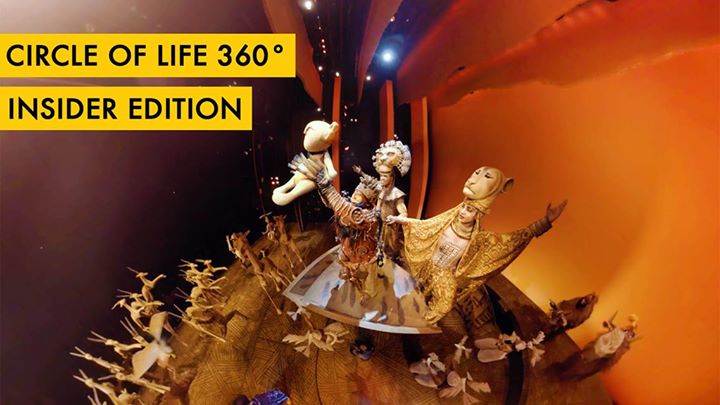 Disney’s Award winning smash hit The Lion King – Musical is about to celebrate a huge milestone in the Fall 2017…The 20th Anniversary of its Broadway opening.

Earlier last year, the Broadway company filmed a virtual 360 degree video performing the show’s iconic opening number THE CIRCLE OF LIFE in front of an invited audience at the Minskoff Theatre. The video was produced by Total Cinema 360 and lets you experience the opening number from the performers point of view. The video also made history as the first time virtual-reality technology has been used in a Broadway house.

Earlier today, the show’s Facebook released an INSIDER EDITION of the video featuring pop up facts about the 1998 Tony Award winning Best Musical.

Take an insider look into our “Circle of Life” 360? experience! You might be surprised by what you see. 🔎👀