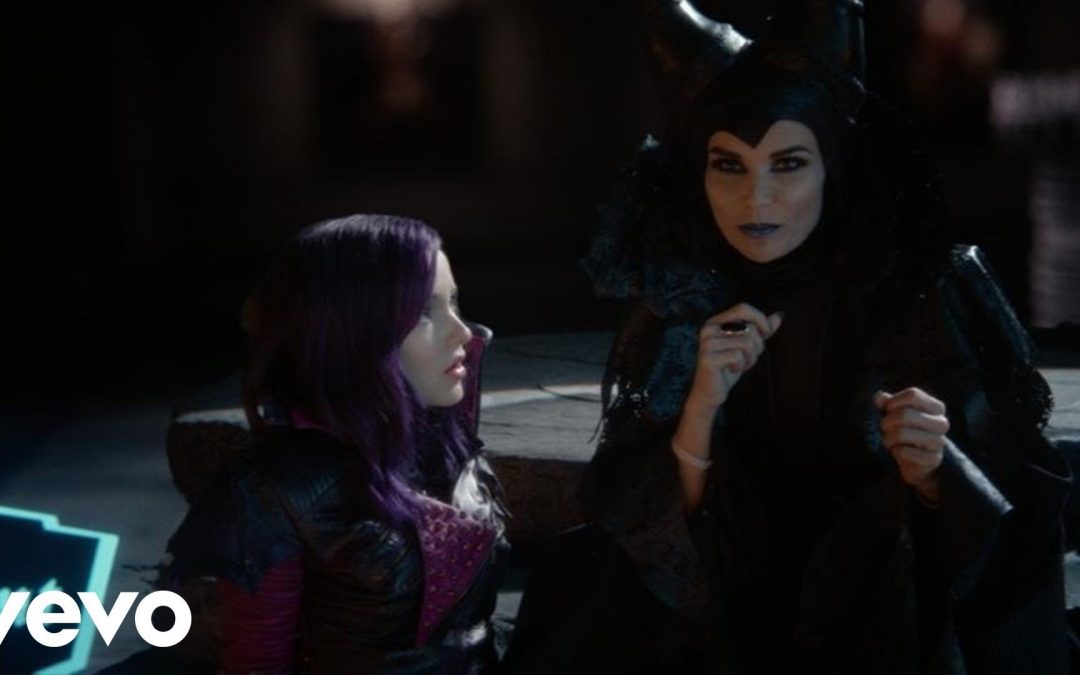 Tony and Emmy Award winner Kristin Chenoweth and Disney Channel star Dov Cameron are about to share the camera as Mother & Daughter once again in NBC’s upcoming Hairspray Live as the nasty Von Tussles (who both try to take the musical’s beloved heroine Tracy Turnblad down).

They previously appeared as Mother & Daughter in the Disney Channel Original Movie Disney’s Descendants. For those who never seen it, it’s basically the story of the teenage kids of some of your favorite Disney Villains who try to steal the Fairy Godmother’s wand and free their parents from captivity (after they all been defeated).Chenoweth played the iconic Maleficent (from Sleeping Beauty) while Cameron played her daughter Mal. Check out the clip of Chenoweth and Cameron’s big song together EVIL LIKE ME.

FUN FACT: Dov Cameron has been idolizing Kristin Chenoweth since listening to the WICKED The Musical cast album for the first time at 7 years old. If you see photos of the 2 together, Cameron is like Chenoweth’s Mini-Me. They both are so talented. In addition, Chenoweth invited Cameron to sing FOR GOOD with her at a recent LA concert she did earlier this year,