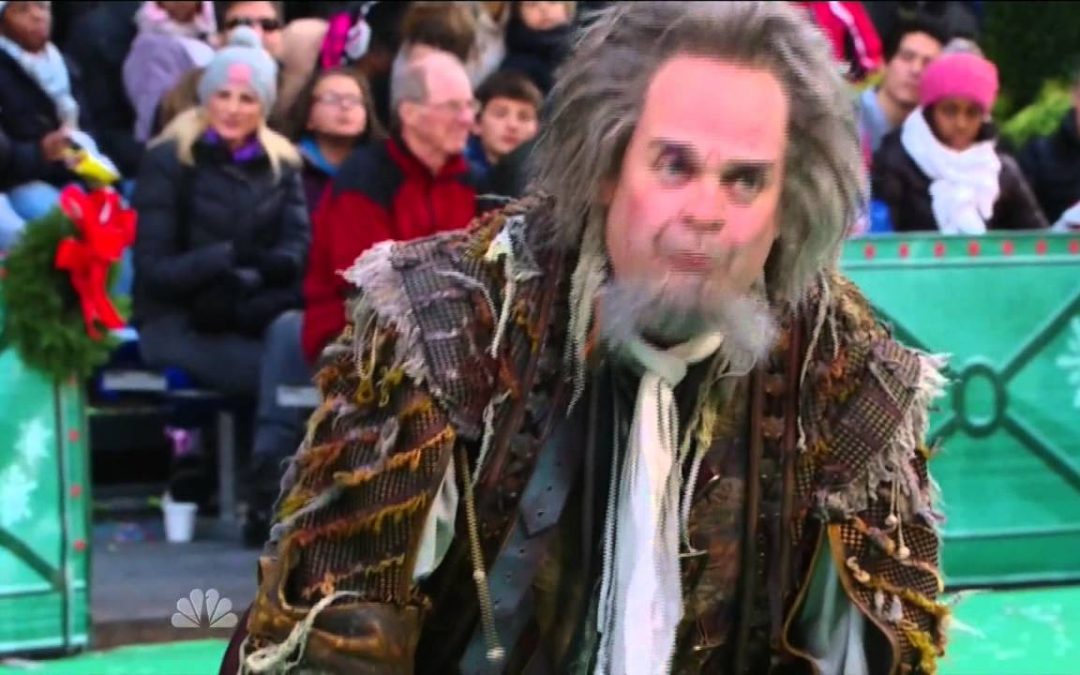 RISE & SHINE BROADWAY FANS. We are only 4 days away from kicking off the holiday season with The 90th Annual Macy’s Thanksgiving Day Parade. Our TOP 20 BROADWAY AT THE MACY’S PARADE COUNTDOWN continues playing you some of your favorite Musical Theatre performances from the past NBC and CBS telecasts.

At #4 on our countdown, we are taken back in time to the 1595 Renaissance (during the time of THE BARD himself William Shakespeare) and where a struggling Theatre troupe are trying to get an acclaimed show going and wanting to be better than Shakespeare. This is the Tony winning smash hit Something Rotten The Musical.

From the 2015 NBC telecast, Tony nominee Brian D’Arcy James as Nick Bottom, Tony nominee Brad Oscar as Nostradamus, and the cast discuss what holds for the future of Theatre in Harold Square….It is the showstopping number A MUSICAL!!!

SOMETHING ROTTEN is continuing to play to packed audiences 8 times a week at the St. James Theatre. It is set to play its final Broadway performance on January 1st, 2017 (New Year’s Day) after 742 performances. The show is next set to kick off its National Tour starting mid-January in Boston.

See if you can discover how many Broadway showtunes get parodied in the song!!