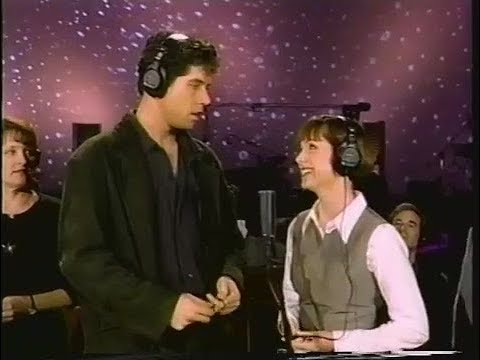 THROWBACK THURSDAY: With the latest news about a highly anticipated revival of Beauty and the Beast in the works, here's a little fun throwback to the early first few year's of the stage musical's success.

In 1996, the Disney Channel and ABC Television Network presented an abridged TV version of this timeless story that featured a combination of world champion ice skating and live music. The special entitled BEAUTY AND THE BEAST: A CONCERT ON ICE featured a full cast lineup of BOTH Olympic and World Champion skaters skating along to the music we all know from the 1991 animated film and the Broadway show. The skaters were accompanied by a full live orchestra and veteran cast members from BOTH the Broadway and sit-down LA companies of BEAUTY AND THE BEAST. That lineup consisted of…

Victor Petrenko skating with James Barbour singing as "The Beast",

Lloyd Eisler skating with Michael Piontek (who is the real life husband of the Animated film's voice of "Belle" herself Paige O'Hara) singing as "Gaston",

and a full Ensemble!!!

OPENING / PROLOUGE,
BELLE,
GASTON,
IF I CAN'T LOVE HER,
BE OUR GUEST,
HOME,
MAISON DES LUNES,
BEAUTY AND THE BEAST,
HUMAN AGAIN,
FINALE

How stunning was this special?!!!
Anyone remember this?!!!