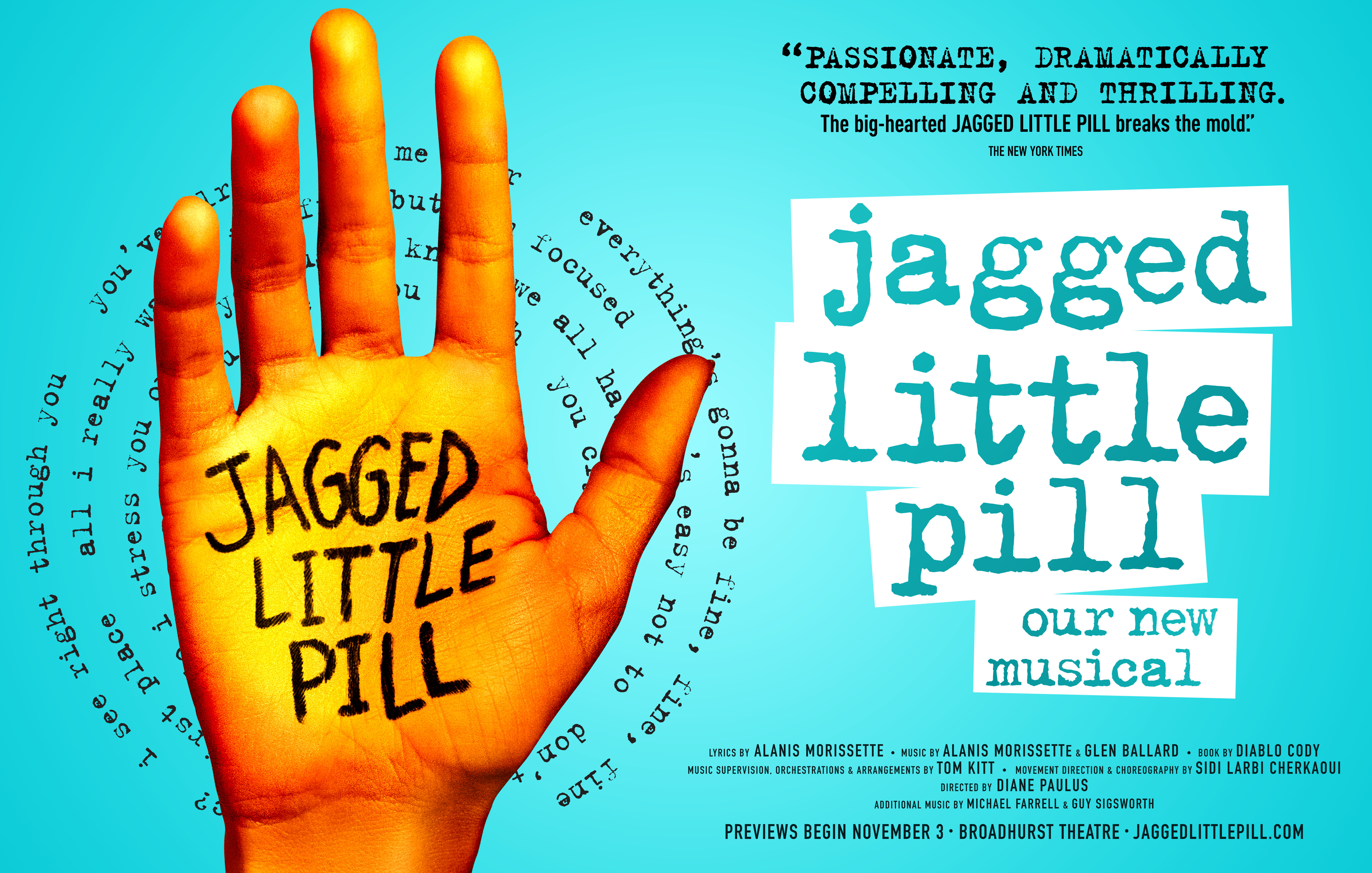 YOU OUGHTA KNOW that announcement we've been highly anticipating. Alanis Morissette's Jagged Little Pill has found its home for its upcoming Broadway run.

The show will be coming to Broadway's Broadhurst Theatre (currently the home of the strictly limited engagement revival of Frankie and Johnny in the Clair de Lune). Previews are scheduled to begin November 3rd, 2019 and Opening Night set for December 5th, 2019.

JAGGED LITTLE PILL is a coming of age high energy pop-rock musical based on Morissette's Grammy Award winning album of the same name. Featuring songs by Morissette and Glen Ballard (Ghost the Musical), a book by Oscar winner Diablo Cody, and direction by Tony winner Diane Paulus, the musical tells the story of a suburban family dealing with a set of disturbing events that changes their lives forever. It deals with themes including opiate addiction, drugs, gender identity and sexual assault. It features some of Alanis Morissette's greatest hits from the album plus her previous albums including RIGHT THROUGH YOU, HAND IN MY POCKET, IRONIC, YOU OUGHTA KNOW, and YOU LEARN.

After several years of readings and workshops, the musical had its world premiere run this past summer 2018 at American Repertory Theater in Cambridge, Massachusetts. The A.R.T. cast featured….

No word has been made for casting or if anyone from the Cambridge run will be returning.