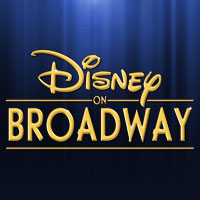 MAKE WAY! JUST CAN’T WAIT indeed as the magic of the MOUSE is making its triumphant comeback on the Great Bright Way next month!! We are so happy to announce that full casting has been revealed for the return of both of Disney on Broadway‘s long running Award winning smash hits….. The Lion King and Aladdin. What a lineup it is featuring a mix of long time cast members and newbies being part of this historical time of Broadway returning after 17 months of being shutdown.
For The Lion King, expecting to bring the spirit of PRIDE ROCK back to life 8 times a week will consist of returning and longtime cast members….
Broadway & West End favorite Stephen Carlile as the ruthless, wicked, and evil “Scar”,
James Brown-Orleans as trouble making co-non stop laughing hyena “Banzai”,
Adrienne Walker (also seen on Broadway in the recent revival of Kiss Me Kate) as the brave love interest lioness “Nala”,
The legendary Tshidi Manye as the wise and spiritual madrill “Rafiki”,
L. Steven Taylor as the brave and wise “King Mufasa”,
Cameron Pow (also seen Off Broadway in The 39 Steps) as Pride Rock’s trusty comic relief and no-nonsense reporter bird “Zazu”,
Fred Berman as everyone’s favorite cool and wisecracking high energetic merekat “Timon”,
Bonita J. Hamilton as sassy trouble making co-non stop laughing hyena “Shenzi”
Robb Sapp (previously also appeared on Broadway in WICKED and alumni of THE LION KING Tour) as “Ed”,
Ben Jeffery as everyone’s favorite wisecracking warthog “Pumbaa”,
and
a Full Ensemble!!!
New to and leading the Broadway cast’s return will be Brandon A. McCall as the brave, determined, and heroic “Simba”. He makes his Broadway debut with the show after having previously understudied the role on the National Tour.
The cast will also introduce newcomers…..
Vince Ermita and Corey J. alternating as “Young Simba”
and
Alayna Martus and Sydney Elise Russell alternating as Young Nala.
Meanwhile over at ALADDIN, set to take audiences into A WHOLE NEW WORLD in the land of AGRABAH will feature returning cast members…..
Michael James Scott bringing down the house as the showstopping “Genie”,
ALADDIN legend himself Jonathan Freeman reprising his signature performance he voiced in the original 1992 Animated film as the evil sorcerer “Jafar”,
original cast member Don Darryl Rivera as the sarcastic and very impatient wicked sidekick “Iago”,
Brad Weinstock (who also appeared on the National Tours of WICKED and Jersey Boys) as co-trusty, caring, and adventurous STREET RAT sidekick “Omar”,
MiLo Alosi as co-trusty, caring, and adventurous STREET RAT sidekick “Kassim”,
JC Montgomery as the kind-hearted, responsible, and royal “Sultan”,
and
a Full Ensemble.
New to the cast will include its 2 brand new leads…..
Michael Maliakel who will star as the titular role of the poor boy turned royal prince himself “Aladdin“. He makes his Broadway debut with the show after having previously playing the role on the National Tour
and
Shoba Narayan (previously appeared on Broadway in Natasha, Pierre, and The Great Comet of 1812 and was last seen prior before the shutdown as “Nessarose” in WICKED plus the National Tour of Hamilton) as the feisty, determined, rebellious, and dreamy “Princess Jasmine”.
The cast will also welcome….
Zach Bencal who makes his Broadway debut as the co-trusty, caring, and adventurous STREET RAT sidekick “Babkak”, a role he previously played on the National Tour.
Disney’s THE LION KING is set to once again ROAR it out to packed audiences at the Minskoff Theatre beginning September 14th,, 2021. Meanwhile, ALADDIN is set to have audiences discover ANOTHER ARABIAN NIGHT at the New Amsterdam Theatre beginning September 28th, 2021.
WELCOME BACK DISNEY ON BROADWAY!!!
Congrats to all those being part of this history making return!!!
Who is excited?!!!
Casting Announced For Broadway Productions of ALADDIN and THE LION KING (broadwayworld.com)