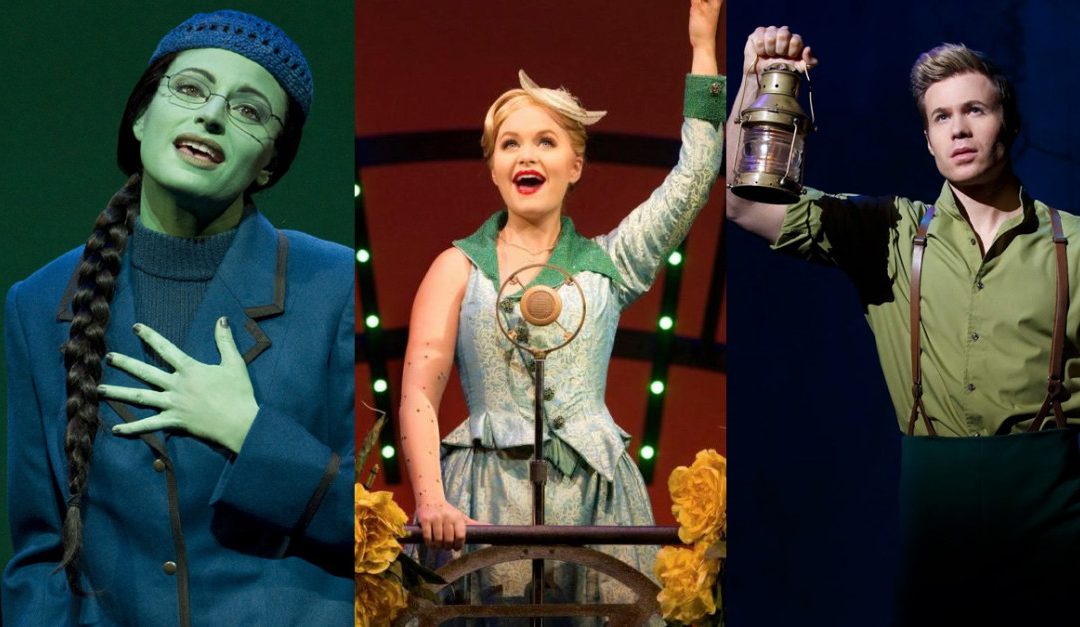 BREAKING NEWS: WICKED The Musical is set to welcome an exciting set of new cast members starting July 31st, 2017 at the Gershwin Theatre. These cast members are all NO STRANGERS to the world of the acclaimed Stephen Schwartz musical.

Long running Green Girl Jackie Burns (last seen on Broadway and recently wrapped up the National Tour starring in If/Then Musical) will reprise her acclaimed performance of the smart, fiery, and not so Wicked Witch “Elphaba”. She returns for the first time in 4 years since leaving the Broadway cast in 2013. She’s also appeared in the National Touring cast in this role.

Amanda Jane Cooper will make her Broadway Debut reprising her performance of the beautiful, blonde, and bubby “Glinda”. She recently ended her run on the show’s National Tour earlier this year.

Pop sensation Ashley Parker Angel (known from the acclaimed boy band O-Town and appeared on Broadway in Hairspray) will reprise the role of the love interest “Fiyero”. He previously played the role on the show’s National Tour in 2014.

Tony Award winner and long running cast member Rondi Reed (August Osage Country) will once again take on the role of the mysterious “Madame Morrible”. She originated the role in the 2005 sit down Chicago production and has went on to play the role on and off in the Broadway and Touring companies.

British actor Jye Frasca will make his Broadway Debut in the role of the lovable munchkin “Boq”. He was an original cast member of the West End production of Wicked UK in London where he appeared in the Ensemble and understudied “Boq” going on numerous times.

Last but not least, Kristen Martin (Spider-Man On Broadway) will be rolling in the wheelchair as the Wicked Witch of the East herself “Nessarose”. She previously appeared in this role on the show’s National Tour.

The alumni cast members joining the Broadway cast will join P.J Benjamin as “The Wizard” (a role he has played the longest on and off) and Chad Jennings as “Doctor Dillamond”.

Who is excited about the cast changes of Oz?

WELCOME BACK TO THE MERRY OLD LAND OF OZ!!!