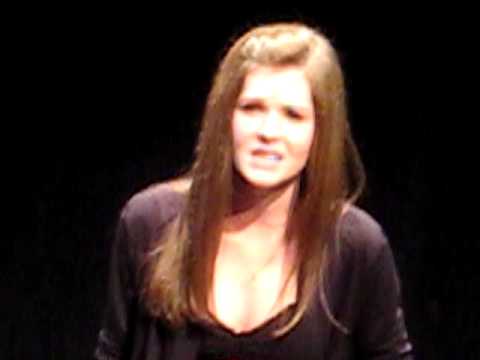 DID YOU KNOW: Before being well known today as "Sutton Brady" on Freeform's original series The Bold Type, Meghann Fahy got her start wowing audiences on Broadway in the Tony and Pulitzer Prize winning musical Next to Normal.

She was originally cast towards the end of the musical's 2009 World Premiere Off Broadway run serving as the standby for Tony Award nominee Jennifer Damiano in the role of the struggling to be perfect, constantly frustrated, and rebellious 'Natalie Goodman". From there, she continued on with the show for it's out-of-town run in Washington D.C. at Arena Stage and eventually its 2009 Broadway debut at the Booth Theatre.

Fahy stayed with the show for the entire run originally serving as the standby for "Natalie". Halfway through the run, she replaced Jenn Damiano (who left to join the cast of Spider-Man: Turn Off The Dark) taking on the role of "Natalie" fulltime till the production closed on January 2011.

During her time as the standby in 2009, Fahy and her fellow understudies from the show took part in the AT THIS PERFORMANCE concert (featuring performances from all the major standbys and understudies of Broadway). Here's a clip of her singing one of NEXT TO NORMAL's signature Tony winning songs SUPERBOY AND THE INVISIBLE GIRL.

How amazing is Meghann?
Who saw Meghann in NEXT TO NORMAL?!!!