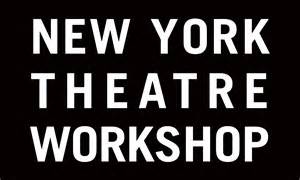 A few days ago, the acclaimed New York Theatre Workshop has officially announced its return to Live Theater performances It has revealed upcoming shows for BOTH its 2021-2022 and its 2022-2023 seasons. What an unforgettable lineup of exciting new original works set to make its debut of this unforgettable stage known for launching some of the hottest shows we know today.
The 2021-2022 season will kick off this August with the world premiere of Obie Award winner Whitney White’s filmed / theatrical experience SEMBLANCE. This unique experience centers on the perception of Black women, presented both virtually and as an immersive installation.
From there, other upcoming productions in the 2021-2022 season will include…..
the return of Pulitzer Prize winner’s Martyna Majok’s 2-person play SANCTUARY CITY. This production has rescheduled the launch of its run after being abruptly being shutdown due to the COVID-19 pandemic…. just 8 PREVIEWS. The play is now set to reopen this September. Under the direction of Rebecca Frecknall, it tells the tale of 2 teenage children of undocumented immigrants as they fight to establish a place for themselves in America.
Kristina Wong’s new original play A NEW PROJECT. This was a show that was created by Wong while being at home in Quarantine during the COVID-19 pandemic. That’s expecting to debut this Fall as well. Under the direction of Chay Yew, its a powerful play all about building that connection with community even during isolation.
Obie Award winner Aleshea Harris’s new play ON SUGARLAND. This show will debut early in 2022. Directed by Whitney White, the play is a spiritual and inspirational experience that brings joyous life to communal healing,
and
the 2021-2022 season will conclude with the world premiere of Somi Kakoma’s new play DREAMING ZENZILE. That will debut in the Spring of 2022. Under the direction of Lileana Blain-Cruz, the play follows on the life of celebrated South African musical legend and activist Miriam Makeba.
The 2021-2022 season will also be a very bittersweet and emotional time for everyone at New York Theatre Workshop. It will mark as the final season for its longtime artistic director James C. Nicola who will retire after 34 YEARS. This Gentleman has overseen many of NYTW’s legendary productions that have gone on to become Award winning hot tickets ON Broadway including Rent. Once, Peter and the Starcatcher, Hadestown. and the upcoming Sing Street.
There’s so much more people! We are now talking about the show’s that will debut for the 2022-2023 season at New York Theatre Workshop.
The 2022-2023 season will kick off with Tony winner Sam Gold and Clare Barron’s new production of Anton Chekhov’s classic play THREE SISTERS. This production was set to debut in 2020. However, it was postponed due to the COVID-19 pandemic shutdown. No word has been said if the company from that initial run is set to continue. The play of course centers on Three Sisters discovering the ups and downs of life.
From there, the other shows of the 2022-2023 season will include….
Victor I. Cazares’s new play AMERICAN (TELE)VISIONS. Under the direction of Rubén Polendo, the show takes place at a Wal-Mart. It’s a multimedia memory play about an undocumented Mexican family,
Liliana Padilla’s new play HOW TO DEFEND YOURSELF. This is a very powerful quadruple co-directed by Tony winner Rachel Chavkin along with Padilla & Steph Paul. It centers on a group of college students channeling their emotions through a self-defense class after a fellow student gets raped,
and finally
The 2022-2023 season will conclude with Inua Ellams’s new one man show THE HALF GOD OF RAINFALL. The play centers on the life of that is a hero, half Nigerian mortal, and half Greek god.
We are so happy and excited to welcome back our friends at New York Theatre Workshop. Gonna be the ultimate celebration of new works as we bring New York Theater back to the GLORY that it always has been.
For many of you who have taken our walking tours, our INSPIRATION OF RENT Walking Tours starts off in front of the New York Theatre Workshop. Cannot wait to visit our friends there again later this year.
Who is excited?!!!
New York Theatre Workshop Announces 2021/22 & 2022/23 Seasons Featuring ON SUGARLAND World Premiere & More (broadwayworld.com)