RAINDROPS FALLING ON HIS HEAD. Canadian actor Kyle Riabko (who previously appeared in… 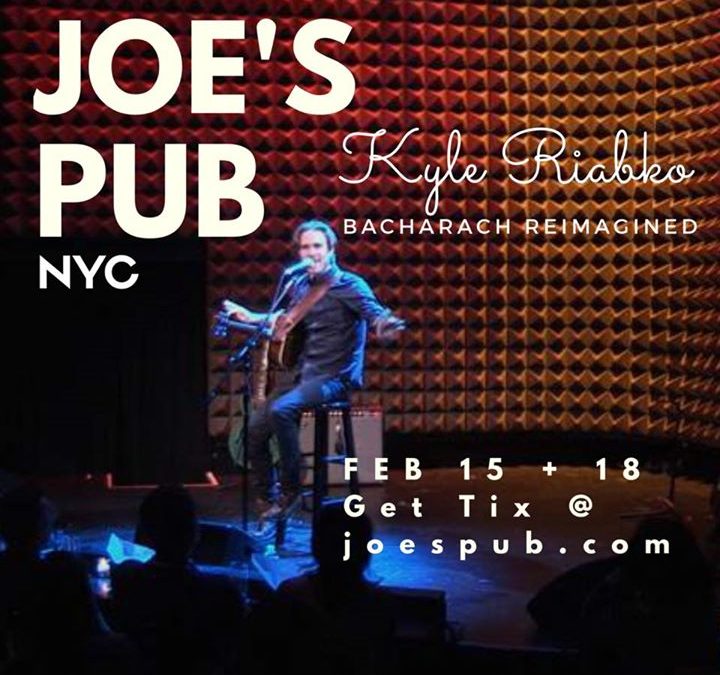 RAINDROPS FALLING ON HIS HEAD. Canadian actor Kyle Riabko (who previously appeared in the original production of Spring Awakening Broadway (as the first “Melchior replacement), the recent Broadway revival of Official HAIR Broadway (as Claude)) will be headlining a solo show at Joe’s Pub at The Public featuring acoustic renditions of classic Burt Bacharach songs entitled BACHARACH REIMAGINED on February 15th and 18th, 2017.

Riabko is no stranger to performing Burt Bacharach songs (both acoustically and with a rock edge). He created and starred in his own original musical WHAT’S IT ALL ABOUT (which premiered Off Broadway at New York Theatre Workshop in 2014) later renamed CLOSE TO YOU (which recently had an acclaimed run in London’s West End).

This concert is also to promote the Original London Cast Recording of CLOSE TO YOU.