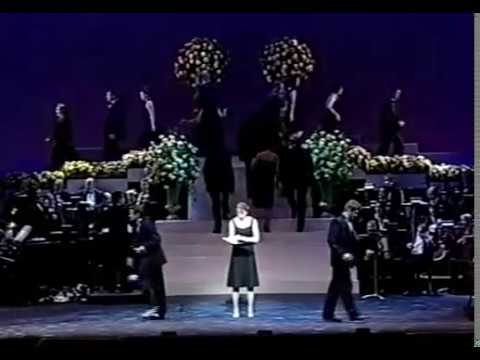 THROWBACK THURSDAY: In 2002, the Broadway community came together to raise money for The Actors Fund with a one off gala concert presentation of Funny Girl. The concert was not your typical staging of the iconic musical that made Barbra Streisand a breakout star, each scene featured a different actress playing the role of “Fanny Brice”. It was held at the New Amsterdam Theatre (where majority of the musical takes place and was obviously home of the Zigfeld Follies). The concert was put together by Seth Rudetsky, who also served as the music director.

How cool is it instead having a fast limited engagement stunt casting, you can have many Broadway divas play Fanny Brice in different scenes in just one night?