BROADWAY THROWBACK: BLOOD ON THE PAVEMENT (A cut song from HAIRSPRAY) 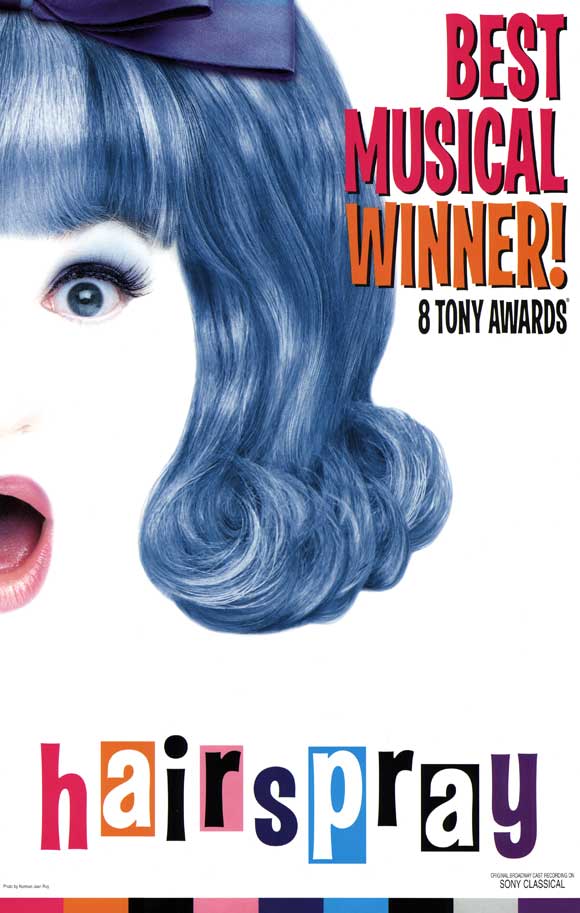 When shows are being developed for Broadway, the composers can write about within 40-50 original songs….. however, not all makes the final cut. Despite being removed from the final product, some cut songs do have a life even if it was NOT performed 8 times a week.
One of our personal favorite “cut” showtunes was from the Tony winning smash hit Hairspray. During its out of town tryout in Seattle, WA at The 5th Avenue Theatre, composers Marc Shaiman and Scott Wittman had a 30 second jingle called BLOOD ON THE PAVEMENT. The song was originally performed right after THE NICEST KIDS IN TOWN…. being a live musical commercial for “The Corny Collins Show” to encourage kids in Baltimore 1962 to NOT Drink and Drive. It is sung by “Link Larken”, Amber Von Tussel”, her mother “Velma Von Tussel”, and the “Corny Collins” council members. When the show made its way to Broadway, the song was removed from the show in its entirety.
However, the song would still be recorded for the show’s Grammy winning original Broadway cast album. You can hear it as a HIDDEN TRACK right after YOU CAN’T STOP THE BEAT.
We are so happy to have that song with you right below. Here it BLOOD ON THE PAVEMENT performed by….
Tony and Emmy nominee Matthew Morrison as “Link Larken”,
Tony nominee Laura Bell Bundy as “Amber Von Tussel”,
Broadway veteran Linda Hart as “Velma Von Tussel”,
and
The Ensemble.
Remember, NO DRINKING AND DRIVING people.
Who remembers this song?
Isn’t this a cute jingle?
Blood on the Pavement – YouTube