Lindsay Pearce expecting to return to WICKED on Broadway mid-December; DiNoia & Fox continue to fill in as “Elphaba”

BREAKING NEWS: Lindsay Pearce announced that she is aiming to return to the Broadway company of WICKED around mid-December. The performer (best known for playing “Harmony” on Glee) has been out of the Award winning Stephen Schwartz musical just a week after it had just reopened on the Great Bright Way post pandemic this past September due to a leg injury. Pearce is taking extra precaution to take care of herself, heal, and recover.
She did reveal that she will start re-rehearsing the show at the end of of this month of November 30th, 2021.
Currently, Jennifer DiNoia is back on the broom DEFYING GRAVITY 8 times a week as “Elphaba” fulltime as Pearce continues to recover. For those who may not know, DiNoia has been playing the role of the misunderstood green girl on the past 14 YEARS. She has done it on 4 continents. Prior to the COVID-19 pandemic, DiNoia returned to the Broadway production in 2019 (after having previously did a year long fulltime Principal contract from 2016-2017) once again serving as the standby for “Elphaba” (being the 1st to go on in Pearce is out).
With DiNoia taking over once again as the main principal “Elphaba”, her usual track as the standby currently is now temporary being performed by another returning alumni cast member Alyssa Fox (most recently seen for the last 3 years as the standby for “Elsa” in Disney’s Frozen).
Continue to get better Lindsay.
We will see you back in OZ soon.
Thoughts?!!

Broadway favorite Ciara Renee to join the cast of limited engagement revival of WAITRESS as next “Jenna”!!

DELICIOUS NEWS: She’s played a ringmaster, a mysterious free-spirited gypsy, and an icy princess turned snow queen. Now, Ciara Renée (Broadway’s Pippin and last seen before the COVID shutdown as “Elsa” in Disney’s Frozen plus the US Premiere of the stage version of Disney’s The Hunchback of Notre Dame) is making her way to the diner to show bake some of the most delicious pies on Broadway as she joins the cast of the limited engagement revival of the Tony and Grammy nominated Waitress.
Beginning November 29th, 2021 at the Brooks Atkinson Theatre, the Broadway favorite will take over the lead role of “Jenna Hunterson”. She stays with the production till its final performance on January 9th, 2022.
Renée succeeds Grammy Award winner Jennifer Nettles who ends her limited engagement playing the role of the pregnant pie maker with big dreams on November 24th, 2021.
Congrats Ciara!!!
Who is excited?!!!
Ciara Renée Will Take Over as Jenna in WAITRESS on Broadway (broadwayworld.com) 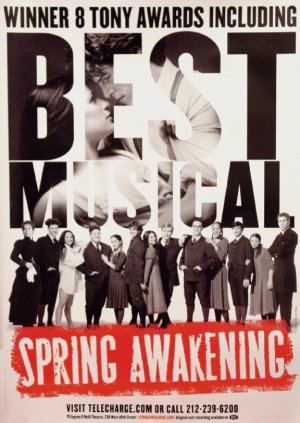 ALL SHALL KNOW THE WONDER! 2021 marks the 15th Anniversary of one of the most powerful, groundbreaking, and high energetic Tony winning musicals Spring Awakening. It has just been announced that the full original Broadway cast will all be reuniting for a ONE NIGHT ONLY benefit concert this month for The Actors Fund.
Under the direction of Tony winner Michael Mayer, it will reunite EVERYONE consisting of….
Emmy and Golden Globe nominee Lea Michele (“Wendla”),
2 time Tony nominee Jonathan Groff (“Melchior”),
Tony winner John Gallagher Jr. (“Moritz”),
Recording star Lauren “LOLO” Pritchard (“Ilse”),
Tony nominee Gideon Glick (“Ernst”),
Jonathan B. Wright (“Hanschen”)
Tony nominee Lilli Cooper (“Martha”),
Teen Choice Award winner Skylar Astin (“Georg”),
Brian Charles Johnson (“Otto”),
Pheobe Strole (“Anna”),
Remy Zaken (“Thea”),
Tony winner Stephen Spinella (“The Adult Man”),
Obie Award winner Christine Estabrook (“The Adult Woman”).
Plus, you can expect to see all 4 of its original CHAIR OF ROCK Ensemble members / understudies consisting of….
Gerard Canonico (who also later took over the role of “Moritz” full time till its Broadway closing),
Tony nominee Jennifer Damiano,
Robert Hager,
and
Krysta Rodriguez (who later played “Ilse” fulltime in the recent 2015-2016 Deaf West Broadway Revival).
SPRING AWAKENING’s reunion concert is set for November 15th, 2021 at 7pm ONLY at Broadway’s Imperial Theatre (current home of Ain’t Too Proud).
You can expect a full evening of the cast reuniting, reflecting, and belting out those beloved Tony winning songs by Duncan Sheik and Steven Sater including MAMA WHO BORE ME, THE B**** OF LIVING, MY JUNK, TOUCH ME, DON’T DO SADNESS, SONG OF PURPLE SUMMER, and of course the rebelling TOTALLY F****D.
For those who may not know or remember the story, SPRING AWAKENING is a musical based on a 100 year abandoned German play by Frank Wedekind. Set in 19th Century Germany during a time when Adults never told you all the dirty details, it tells the coming-of-age story of a group of teenagers going through body changes at the time of their sexual awakenings.
It was originally conceived by Duncan Sheik in 2002 having numerous readings, workshops, and concert presentations at Lincoln Center.
The show had it’s official world premiere production in 2006 Off Broadway at the Atlantic Theater Company. Following it’s limited engagement success and 3 sold out extensions, the show transferred to Broadway’s Eugene O’Neill Theatre that same year where it ran for a complete total of 888 performances. It went on to win multiple Awards including 8 Tony Awards with the top honor of BEST MUSICAL.
Following its life after the original Broadway production closed, the show embarked on several National Tours across America along with launching a company in London’s West End. International companies immediately followed.
The most recent revival of SPRING AWAKENING happened in 2015 which came off the success of a triumphant production that was performed by Deaf West Theatre in California for 2 sold out runs. It played Broadway’s Brooks Atkinson Theatre for a strictly limited engagement of 152 performances. Directed by Michael Arden, it was well known for having deaf actors and hearing actors come together which went with the whole theme of the show of young people letting their voices be heard.
Who is excited?!!!

BREAKING NEWS: The record breaking versatile 6-time Tony Award winner Audra McDonald (Broadway’s Carousel, Master Class, RAGTIME, Raisin in the Sun, The Gershwins’ Porgy and Bess, Lady Day, Shuffle Along, and last seen in Frankie and Johnny in the Clair de Lune) is set to return to the Great Bright Way once again in Adrienne Kennedy’s 1992 hit play OHIO STATE MURDERS.
Under the direction of Tony winner and Emmy nominee Kenny Leon, this play will also mark the long awaited overdue ON Broadway debut of Adrienne Kennedy. She’s had so many successful works that have been performed in our OFF Broadway Theater scene. Many of her works all deal with the themes of racism, kinship, and violence in American society. Her previous works including the Award winning FUNNYHOUSE OF A NEGRO, THE OWL ANSWERS, ELECTRA & ORSETES, THE FILM CLUB, and more. Now at age 90…. her work is going out full out. 65 YEARS people. It shows you that it’s NEVER TOO LATE to make it ON Broadway.
OHIO STATE MURDERS was part of a series of plays Kennedy wrote in 1992 called THE ALEXANDER SERIES. The play itself tells the story of Ohio State University alumn and writer “Suzanne Alexander” who returns there years later to talk about the violence in her work, and a dark mystery unravels. The play is described as “an unusual and chilling look at the destructiveness of racism in the United States.”
Announcements for additional casting, the theater, and start time will be revealed later on.
Who is excited?!!!
Audra McDonald Will Return to Broadway in OHIO STATE MURDERS, Directed by Kenny Leon (broadwayworld.com) 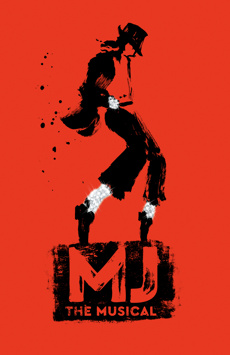 ABC IS EASY AS 123!!! The legend of THE KING OF POP is heading his way to the Great Bright Way this holiday season. We are talking about the long awaited debut of MJ: the musical. An additional final casting lineup has been revealed for 3 talented kids who will MOONDANCE their way onto the stage of the Neil Simon Theatre. They are…
newcomers Water Russell and Christian Wilson who will BOTH make their Broadway debuts playing the younger version of “Michael Jackson“
and
Devin Trey Campbell (previously seen on Broadway as “Young Lola” in Kinky Boots) who will play the younger version of “Marlon Jackson“.
Russell, Wilson, and Campell join the already previously announced adult Ensemble consisting of….
Newcomer Myles Frost who will play the Adult version of “Michael Jackson”,
Quentin Earl Darrington (returning to the Neil Simon Theatre after having performed there with the Broadway’s recent revivals of RAGTIME, and Cats. Plus, last seen in the revival of Once On This Island) as the no-nonsense father “Joseph Jackson”, Rob, and others,
Whitney Bashor (Broadway’s The Bridges of Madison County and last seen Off Broadway in The Unsinkable Molly Brown) as “Rachel”,
Gabriel Ruiz (Off Broadway’s Blood and Gifts) in his Broadway debut as “Alejandro”,
Antoine L. Smith (Broadway’s Memphis along with the recent revivals of The Color Purple, Miss Saigon, and Carousel) as Motown Records founder ” Berry Gordy”, “Nick”, and others,
Joey Sorge (Broadway’s The Drowsy Chaperone, the 2011 revival of How to Succeed, Nick Work If You Can Get It, and A Bronx Tale plus last seen Off Broadway in Carmelina) as “Dave”,
John Edwards (Broadway’s Jersey Boys and the Off Broadway revival of Smokey Joe’s Cafe: The Songs of Leiber and Stoller) as “Jackie Jackson”
Ayana George in her Broadway debut as mother “Katherine Jackson”,
Apollo Levine in his Broadway debut as celebrated musician “Quincy Jones”, Tito Jackson, and more,
Lamont Walker II in his Broadway debut as “Jermaine Jackson”,
Zelig Williams (Broadway’s Hamilton) as the Adult version of “Marlon Jackson”.
and
a Full Ensemble.
MJ promises to be an evening of THRILLER NIGHTS, SMOOTH CRIMINALS, MOONWALKING, and so much more. The show will be coming to Broadway’s Neil Simon Theatre. Previews begins December 6th, 2021 and will open on February 1st, 2022.
Congrats to this incredible cast lineup!!!!
Who is excited?!!!
MJ THE MUSICAL Casts Walter Russell III and Christian Wilson as ‘Little Michael’ (broadwayworld.com)

For the first time in over 65 YEARS and inspired by current events, one of the most powerful OFF Broadway works makes its long awaited debut ON Broadway this evening. Roundabout Theatre Company‘s highly anticipated production of Alice Childress powerful play-within-a-play drama TROUBLE IN MIND (starring Tony Award winner LaChanze) begins preview performances TONIGHT at the American Airlines Theatre.
It will have its official Opening Night on November 18th, 2021 and will run for a limited engagement till January 9th, 2022.
Break a leg to the full cast, crew, and creative team!!
Who is excited?!!