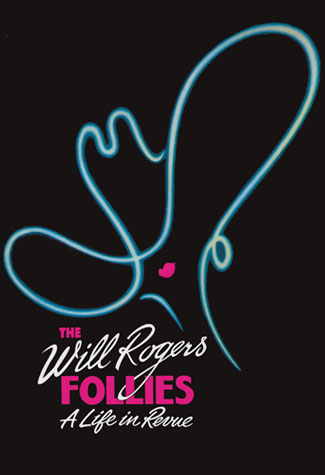 HOWDY BROADWAY FANS!!!! Just another 43 DAYS AWAY for Broadway’s ultimate celebration and WELCOME HOME party. We are talking about the 74th Annual Tony Awards. With so much anticipation in the air, your friendly guides here at New York Broadway Tours have more of our favorite Musical Numbers from previous telecasts on our TOP 50 TONY AWARDS COUNTDOWN. Broadway has had its history on unforgettable masterminds over the years and here’s to the many more coming.
Speaking of masterminds, our pick at # 43 today on our countdown celebrates the legacy of a genius. This man has wowed both stage and screen, was a humorist, a headliner for The Ziegfeld Follies, and was not afraid to share his story through big production Musical Numbers. This is the story of THE WILL ROGERS FOLLIES!!!! This show features an original score by Betty Comden and Adolph Green along with a book by Peter Stone.
From the 1991 telecast, Keith Carradine in the titular role of “Will Rogers” and the cast perform a medley of the show’s opening number WILL-A-MANIA and FAVORITE SON.
THE WILL ROGERS FOLLIES opened on Broadway in 1991 at the Palace Theatre running for 33 previews and 981 regular performances. Under the direction and choreography by Tommy Tune, the cast was led by…..
Keith Carradine (later Mac Davis and Larry Gatlin) as “Will Rogers”,
Dee Hoty (later Nancy Ringham) as “Betty Blake”,
Cady Huffman (later Marla Maples, Susan Anton, Lisa Niemi, and Kimberley Hester) as “Ziegfeld’s Favorite”,
Dick Latessa (later Robert Fitch and Mickey Rooney) as “Clem Rogers”,
And more.
The show was nominated for 11 Tony Awards that year. It took home 6 including BEST MUSICAL. It also won 2 Drama Desks for OUTSTANDING CHOREOGRAPHY and OUTSTANDING MUSIC.
THE WILL ROGERS FOLLIES later embarked on several National Tours. No revival or other companies around the world have put on this musical lately. Hopefully, there is a revival down the line somewhere.
How high kicking was that performance?!!!!
#TonyAwards #CountdownToTheTonys #NYBTTop50TonyAwardsCountdown #BroadwaysBiggestNight #BroadwaysBack #TheShowMustGoOn #ThisIsBroadway #livetheaterreturns
The Will Rogers Follies – 1991 Tony Awards – YouTube