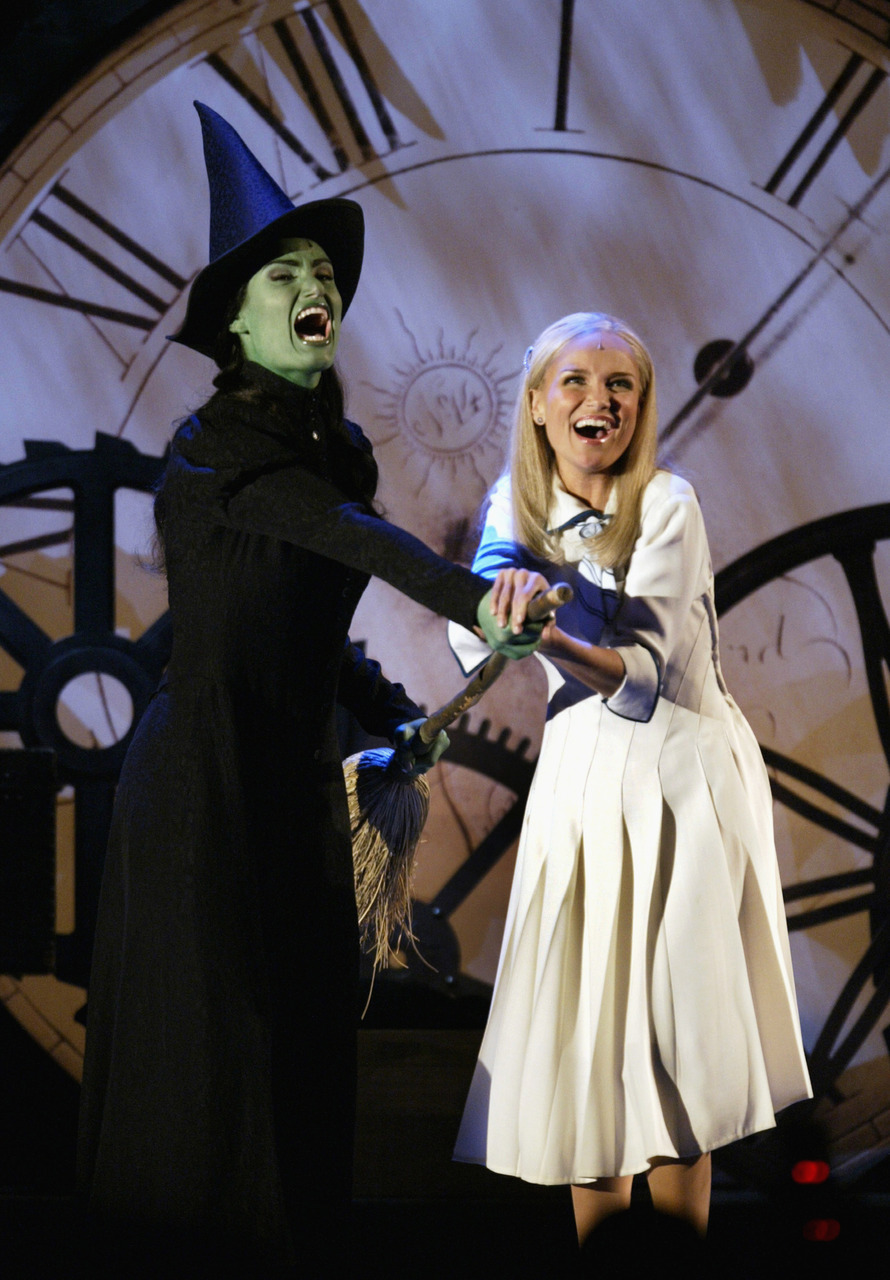 GOOD MORNING BROADWAY FANS!! We are only 3 DAYS AWAY till Broadway’s biggest night of the year…. The 74th Annual Tony Awards. We at New York Broadway Tours are already at the final 3 shows of our TOP 50 TONY AWARDS COUNTDOWN. This has been the way for us to pay tribute to the best of our Theater community as we celebrate its triumphant comeback after a rough 18 1/2 months. Here comes another legendary performance.
At # 3 on our countdown is another one of Broadway’s most beloved hot tickets. We’re gonna take a little trip OVER THE RAINBOW to a magical land. If you think you know the story of The Wizard Of Oz so well, think again. Get ready to experience the story from the perspective of 2 girls…. one blonde and the other one with beautiful green skin. This is all long before a little farmgirl (and her LITTLE DOG TOO) crashed into the scene. You guessed it, this is WICKED. Based on Gregory Maguire’s novel of the same name, the show features a now iconic score by Stephen Schwartz and a book by Winnie Holzman.
From the 2004 telecast, here is the girls who started it all… Tony winners Kristin Chenoweth as the POPULAR “Glinda The Good Witch”, Idina Menzel as “Elphaba The not-so Wicked Witch of the West”, and members of the original Broadway cast performing the musical’s legendary and spectacular Act 1 finale anthem DEFYING GRAVITY.
WICKED was first conceived by top Hollywood producer Marc Platt who was adapting Gregory Maguire’s acclaimed novel WICKED: THE LIFE AND TIMES OF THE WICKED WITCH OF THE WEST as a film for Universal Pictures. At the time, composer Stephen Schwartz was reading the novel and knew that the story would be a unique musical. However after finding out the rights were given already, Schwartz thought of an “impassioned plea” to Marc Platt to collaborate together on the production. Fell in love with it being a stage musical adaptation instead, Platt signed on as joint producer of the project with Universal Studios and David Stone. In addition, Schwartz collaborated with book writer Emmy winner Winnie Holzman expanding the flow of the story about the political, social and ethical commentary on the nature of good and evil in the Land of Oz. They took inspiration from both the L. Frank Baum books and the beloved 1939 film version of The Wizard of Oz. With director Joe Mantello and Choreographer Wayne Cilento on board, the show went into many stages of readings and workshops.
The show originally had its world premiere in San Francisco at the Curran Theatre in the Spring of 2003 earning initial mixed reviews (due to technical problems and several moments that confused the audiences). Following the world premiere out of town tryout as the company headed back to New York City, they spent 8 weeks updating the scripts with scenes being cut, new dialogue and songs written, and 4 parts being recast including the role of “The Wizard of Oz” himself.
WICKED officially opened on Broadway in the Fall of 2003 (opening the day before Halloween) at the Gershwin Theatre earning rave reviews and it broke its box office records. The Broadway production continues to run at the Gershwin and has continued to sell out every single night until COVID hit. It’s made over $1 billion ever since. The show will be celebrating its 18th BEWITCHING Year on Broadway and currently holds the record as THE 5TH LONGEST RUNNING SHOW IN BROADWAY HISTORY.
The Broadway production most recently reopened at the Gershwin Theatre on September 14th, 2021 where once it again its playing to sold out crowds.
Under the direction of Joe Mantello and choreography by Wayne Cileno, the original cast consisted of…
Tony winner Idina Menzel as “Elphaba”,
Tony and Emmy winner Kristin Chenoweth as “Glinda”,
Tony and Oscar winner Joel Grey as “The Wizard of Oz”,
Tony winner Norbert Leo Butz as Fiyero,
The late Carole Shelley as “Madame Morrible”,
Tony nominee Christopher Fitzgerald as “Boq”,
Michelle Federer as “Nessarose”,
and
William Youmans as “Dr. Dillamond”.
With the Broadway production still open, there have been a huge lineup of numerous replacements on Broadway.
WICKED was nominated for 10 Tony Awards in 2004 winning 3 including BEST LEADING ACTRESS IN A MUSICAL (for Idina Menzel). It went to receive many more Awards as well. Most notable, the show’s iconic original cast album went on to top the charts and win a Grammy Award for BEST MUSICAL THEATRE ALBUM.
In addition to its Broadway success, Wicked went on to become a worldwide Blockbuster hit with productions everywhere from Chicago, 2 National Tours, London’s West End, Los Angeles, a return engagement to San Francisco, Japan, Germany, Holland, Mexico City, Korea and much more.
Along with Broadway, the show recently reopened its ongoing National Tour and London companies. There is also a sit-down production in Korea..
Truly one of the most powerful shows that celebrates female empowerment, friendship, and learning to never judge a book by its cover.
Isn’t this show so THRILLIFYING?
How iconic was that performance?!!
#TonyAwards #CountdownToTheTonys #BroadwaysBiggestNight #ThisIsBroadway #NYBTTop50TonyAwardsCountdown
Idina & Kristin – Tony’s 2004 – Defying Gravity – YouTube