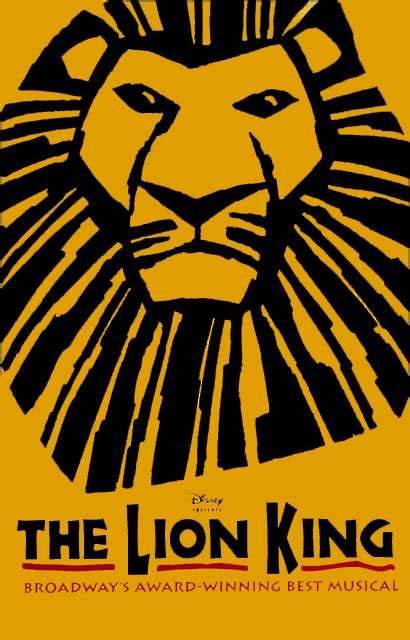 RISE AND SHINE BROADWAY FANS! It is 5 DAYS AWAY till the 74th Annual Tony Tony Awards. We are continuing to wake you up each morning till Broadway’s biggest night playing you the best of the Great Bright Way on our TOP 50 TONY AWARDS COUNTDOWN. Always love having a new show of the day on our playlist.
At # 5 on our countdown is one of the most unbelievable shows that continues to wow audiences everywhere. We travel deep in the heart of Africa where we meet a brave young lion cub on a journey to find his place in the world and eventually becoming the King of the Jungle. We of course are talking about Disney’s longest running show out there…. The Lion King. Based on the iconic 1994 Animated film of the same name, the show features a score by Elton John, Tim Rice, and Lebo M along with a book by Roger Allers and Irene Mecchi, the show is based on the acclaimed 1994 Animated film of the same name.
From the 1998 telecast, Tsidii Le Loka as “Rafiki” and the original Broadway cast perform the show’s breathtaking and legendary opening anthem…. THE CIRCLE OF LIFE.
THE LION KING was originally first conceived by former CEO of The Walt Disney Company himself Michael Eisner. At the time, Disney was becoming successful with the Great White Way with their debut musical… Beauty and the Beast which opened in 1994 (the same year the original animated film version of The Lion King was released). One day, Eisner was sitting in a meeting to talk about some possible new projects for Broadway. He decided one possible idea would be THE LION KING. Everyone in the conference room (including Thomas Schumacher, the President of Disney on Broadway) began to laugh and telling Eisner it was “the most dumbest idea ever”. He didn’t care about how the show should be put, Michael just wanted THE LION KING as a Broadway Musical. Suddenly. Thomas Schumacher came to his senses and thought of one possible idea… He called acclaimed director and visual artist Julie Taymor (which they both worked on another previous project in the past). With her incredible skills in direction, set design, and breathtaking puppetry (which she’s done in Off Broadway, Films, and Opera), Disney began to work on the production. They hired the creative team from the 1994 film including its Oscar winning composers Elton John and Tim Rice along with the traditional South African choral themed music from Lebo M along with the screenwriters Roger Allers and Irene Mecchi. The show went through many years of readings and workshops. During the time, Taymor began to expand more of the storyline of the characters, hiring African American and South African performers to help bring their traditions as the inspiration for the show. In addition, one of the characters was gender swapped from a male to a female (inspired by a South African healer called a Sangoma)…. “Rafiki The Baboon”.
The show had its world premiere out-of-town tryout at the Orpheum Theatre in Minneapolis, Minnesota in 1997 where it became an instant smash. A few months later, the show officially arrived on Broadway playing the beautifully newly renovated, reopened, and restored New Amsterdam Theatre (thanks to the “Disneyfication”). It later transferred to its current home at the Minskoff Theatre in 2006. So far THE LION KING has played over 9,000 performances here in New York City. It also holds the distinction as the 3rd Longest Running Show in Broadway History. Its grossed over $1 billion in ticket sales.
The Broadway production recently re-opened after this crazy long 18 1/2 month intermission due to the COVID-19 pandemic. Luckily (as “Rafiki”) says…. THE KING HAS RETURNED.
Under the direction of Julie Taymor, the original Broadway cast consisted of….
the late Jason Raize as “Simba”,
Scott Irby-Ranniar as “Young Simba”,
the recently late Samuel E. Wright as “Mufassa”,
Tony winner Heather Headley as “Nala”,
Kajuana Shuford as “Young Nala”,
Tony nominee Tsidii Le Loka as “Rafiki”,
John Vickery as “Scar”,
Max Casella as “Timon”,
Tom Alan Robbins as “Pumbaa”,
Geoff Hoyle as “Zazu”,
Tracy Nicole Chapman-Nolan as “Shenzi”,
Stanley Wayne Mathis as “Banzai”,
Kevin Cahoon as “Ed”,
and
Gina Breedlove as “Sarabi”,
The show continued to have over numerous replacement actors from all over the world. The show is known for its unbelievable diverse casting and many of its company members past and present are from South Africa.
THE LION KING was nominated was nominated for 11 Tony Awards in 1998 winning 8 including BEST MUSICAL. In addition, Julie Taymor made Broadway History as the first female ever to win for BEST DIRECTION OF a MUSICAL.
In addition to its success on Broadway, THE LION KING went on to become a global phenomenon with productions everywhere from London’s West End (where it most recently re-opened earlier this summer) Germany, Japan, Brazil, South Africa, Japan, its ongoing North American National Tour and more.
THE LION KING still lives on. There are even productions happening in schools and community theaters but as a JUNIOR edition which is now available for licensing via Music Theatre International.
Isn’t this musical such a ROARING spectacle?!!
#TonyAwards #CountdownToTheTonys #BroadwaysBiggestNight #ThisIsBroadway #NYBTTop50TonyAwardsCountdown
The Circle of Life Broadway 1998 Tonys – YouTube