MIC CHECK!!! After a triumphant sold out engagement 2 years ago and a rough 19 months dark without Broadway, Lin-Manuel Miranda‘s acclaimed hip-hop improv group Freestyle Love Supreme has its 2nd official Opening Night of its current ENCORE run at the Booth Theatre.
With bringing some top notch entertainment back to the Great Bright Way, a brand new proshot b-roll trailer was released featuring highlighted promising moments from the show what you can expect.
PLEASE NOTE: Freestyle Love Supreme is a completely different show every single night. It’s a very intimate show where the raps and songs are created on the spot by WORD REQUESTS from the audience.
In the show, you can see a rotating lineup of artists bringing the creative beats live. The current lineup consists of….
Anthony Veneziale (a.k.a. “Two-Touch) – THE MC,
Andrew Bancroft (a.k.a. “Jelly Donut”),
Tarik Davis, (a.k.a. “Tardis Hardaway”),
Aneesa Folds (a.k.a. “Young Nees”),
Kaila Mullady (a.k.a. Kaiser Rözé) – THE SOUND EFFECT QUEEN,
Chris Sullivan (a.k.a. “Shockwave”) – THE SOUND EFFECT KING,
and
Arthur Lewis (a.k.a. “Arthur The Geniuses).
In addition, there will be a lineup of veteran members expecting to make surprise appearance at certain performances. You never know who may show up but the guest lineup appearing at selected shows will include…..
Lin-Manuel Miranda himself (a.k.a. “Lin-Man”),
Tony winner James Monroe Iglehart (a.k.a. J-Soul”),
Tony winner Daveed D. Diggs (a.k.a. Mr. Diggs”),
Tony nominee Christopher Jackson (a.k.a. C-Jack)
Utkarsh Ambudkar (a.k.a. “Utk The Inc),
and
Bill Sherman (a.k.a. “King Sherman”).
FREESTYLE LOVE SUPREME will run now through January 2nd, 2022 at the Booth Theatre.
Break a leg to the full cast, crew, and creative team!!
Who is excited?!
How incredible is this?!!
Experience the Thrill of Freestyle Love Supreme’s Broadway Return – YouTube

FIRST LOOK: One of the most highly anticipated shows expecting to make its long awaited debut this Fall is the new Tom Kitt, Michael Kore, and James Lapine musical musical Flying Over Sunset. We are so happy to share with you the all new b-roll footage of the show in action. It was filmed on the stage of the Vivian Beaumont at Lincoln Center Theater while still in its initial tech rehearsals prior before the plug on the production due to the COVID-19 pandemic.
As we may know, FLYING OVER SUNSET only performed 1 performance…. it’s private Invited Dress Rehearsal. The show was initially scheduled to begin previews on March 12th, 2020 which turned out to be the day Broadway shut down. After a rough intermission of 19 1/2 months, this show is coming back to finally have its public audiences.
FLYING OVER SUNSET is set to finally begin its preview performances for the public at the Vivian Beaumont Theatre on November 11th, 2021. The official Opening Night will be December 13th, 2021. It will run for a strictly limited engagement.
Today is also a very exciting day as the company has reunited to begin rehearsals for this 2nd chance start. Plus, full casing has been revealed. Under the direction of James Lapine and choreography by Michelle Dorance, majority of the cast is still expecting to be the same as it was prior to the shutdown consisting of….
Tony nominee Harry Hadden-Paton as “Aldous Huxley”,
Tony nominee Carmen Cusack as “Clare Boothe Luce”,
Tony nominee Tony Yazbeck as “Cary Grant”,
Michele Ragusa in the dual roles of “Betsy Drake” and “Ann Clare Austin”,
Laura Shoop as “Maria Huxley”,
Robert Sella as “Gerald Heard”,
Atticus Ware as “Archie Leach”,
Emily Pynenburg in the dual roles of “Sophia” and “Sophia Loren”,
and
a Full Ensemble.
New to the cast will include….
Kanisha Marie Feliciano who replaces Erika Henningsen in the dual roles of “Ann Clare Brokaw” & “Judith”,
and
Nehal joshi who replaces Jeremy Kushnier in the dual roles of “Dr. Harrington” and “Mr. Grant”,
In case anyone may not remember or know what FLYING OVER SUNSET is all about, this work of fiction show tells the tale of 3 notable historical figures….. Aldous Huxley, Clare Boothe Luce, and Cary Grant. At a crossroads in their life, they meet realizing that they all experimented with the drug LSD (short for Lysergic acid diethylamide). In addition, they embark a journey and confront the mysteries of their lives and their world.
Welcome back FLYING OVER SUNSET!!
Can’t wait for this show to make its long awaited debut.
Have a wonderful first day of rehearsal back.
Who is excited?!!
VIDEO: FLYING OVER SUNSET Begins Rehearsals; Check Out All New Clips From the Show! Video (broadwayworld.com) 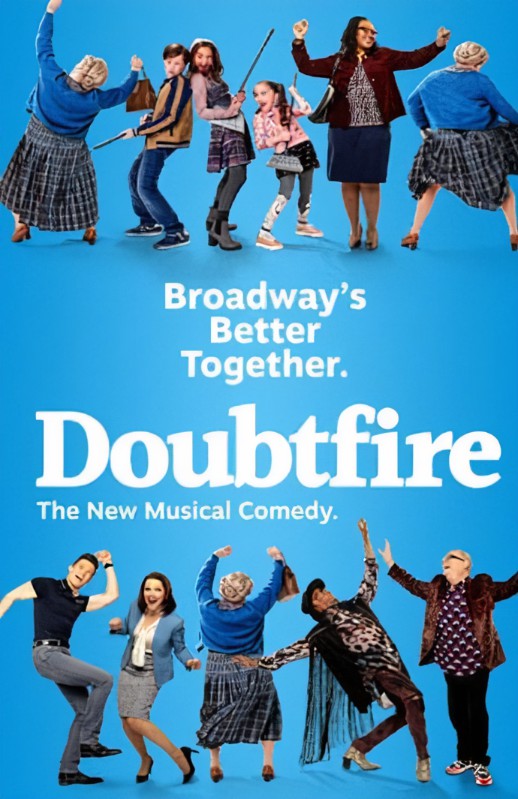 BROADWAY ON TV: GET READY cause AIN’T TOO PROUD rocks Good Morning America!!!!

It’s so not JUST YOUR IMAGINATION, Broadway’s Back!!! Earlier today, the cast of the Tony winning smash hit Ain’t Too Proud continued their triumphant celebration back on the Great Bright Way with a special live performance from Times Square only on Good Morning America.
Here is the show’s current stars….
Nik Walker as “Otis Williams”,
James Harkness as “Paul Williams”,
Jawan M. Jackson as ‘Melvin Franklin,’
Matt Manuel as “David Ruffin”,
and
Jelani Remy as “Eddie Kendricks”
…. performing a medley of 3 beloved Temptations hits consisting of GET READY, AIN’T TOO PROUD, and I CAN’T GET NEXT TO YOU.
You can catch the toe-tapping AIN’T TOO PROUD back on Broadway 8 times a week at the Imperial Theatre. Along with it being in NYC, the show is set to kick off a National Tour this Holiday season beginning December 7th, 2021 in Durham, NC. From there, the show will make its way to…..
our nation’s capitol in Washington D.C.,
Charlotte, NC,
Orlando, FL,
Fort Lauderdale, FL,
Atlanta, GA,
Cincinnati, OH,
Grand Rapids, MI,
Boston, MA
Baltimore, MD,
Detroit, MI,
San Francisco, CA,
and more.
WELCOME BACK AIN’T TOO PROUD!!!
How incredible was that?!!
Cast of Broadway’s ‘Ain’t Too Proud’ performs medley of The Temptations l GMA – YouTube

BROADWAY ON TV: DISNEY ON BROADWAY celebrates Live Return with surprise performance on THE VIEW!!!

Our hearts continue to light with so much love and joy as Broadway has been reopening all Fall long. There have been so many great moments the Theater community as done celebrating this huge triumphant comeback after 18-19 months darks due to the COVID-19 pandemic.
One of our most recent favorite moment lately from a few weeks ago featured a surprise performance from ALL 3 shows from Disney on Broadway back. In this video, you can see the Broadway casts of Disney’s The Lion King and Aladdin plus the National Tour of Frozen all join forces to perform a special medley LIVE on The View. The lineup in this performance features….
From Aladdin – Michael James Scott as “The Genie”, Michael Maliakel as “Aladdin” himself and Shoba Narayan as “Princess Jasmine”,
From The Lion King – Brandon A. McCall as “Simba” and Adrienne Walker as “Nala”,
and
From Frozen – Caroline Bowman as “Elsa” and Caroline Innerbichler as “Anna”.
Catch all 3 of these hottest shows back on stage where they belong!!!
WELCOME BACK DISNEY ON BROADWAY!!!
How amazing was that?!!
“Aladdin,” “Lion King,” “Frozen” Celebrate Broadway’s Return With Surprise Medley | The View – YouTube
« Older Entries