LAST CHANCE: IN THE HEIGHTS on HBO MAX!

ATENCION! Today is your last day to watch the hottest Movie Musical of the Summer on HBO Max….. the film adaptation of Lin-Manuel Miranda‘s Award winning debut musical In The Heights. Don’t miss this powerful film that truly is a celebration of life, love, and community.
If you missed it on HBO Max, you can catch the film it either in Theaters. If not, you’ll have to wait a few months longer for the news on the release of the DVD, Blu-Ray, and Digital Download. Announcements for all that will be revealed soon.
Thoughts?
Who loved the IN THE HEIGHTS film?!!!
IN THE HEIGHTS – Official Trailer – YouTube

NO ME DIGA! Despite this past year and a half of hell, it’s not stopping Award winning mastermind Lin-Manuel Miranda from creating. The Hamilton and In The Heights favorite has so much coming up including….
scores for the upcoming animated films VIVO (Netflix) and ENCANTO (Disney),
marking his movie directing debut with the upcoming Netflix film adaptation of Jonathan Larson’s Tick Tick Boom,
and
the encore engagement of his acclaimed hip hop / improv Freestyle Love Supreme on Broadway this Fall.
That’s not all…. even with his hectic schedule, the beloved composer, writer, actor, singer, and rapper is aiming already plans for 2022 to begin work in creating his next major Stage Musical project. Even with some of his daily normal routines with being a father of 2 kids, walking his dog, and everything, Miranda already is getting some ideas down. Whatever the new musical is, we cannot wait!!! Lin’s work is a genius masterpiece.
He also has been expressing interest of bringing his debut musical (now a smash hit movie musical) In The Heights back to Broadway!!!
So many great things Lin!!!
Who is excited?!!!
Lin-Manuel Miranda to Begin Work on a New Stage Musical; Might In the Heights Return? (broadwayworld.com)

IN THE HEIGHTS film Soundtrack tops charts at # 1 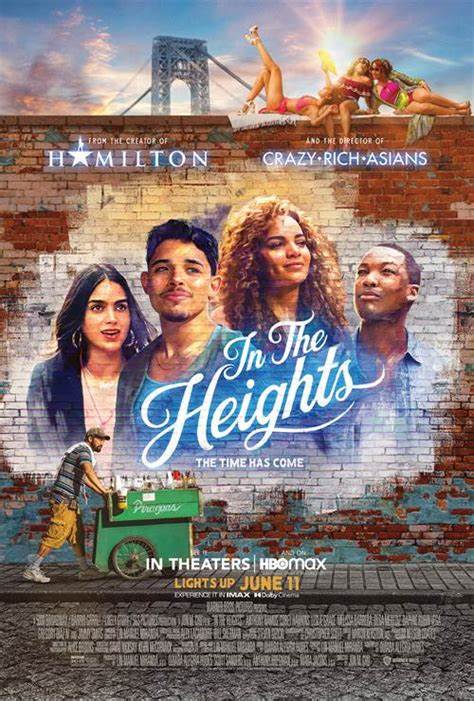 NO ME DIGA! Everyone is raving about the highly anticipated film adaptation of Lin-Manuel Miranda‘s Tony and Grammy winning smash hit In The Heights both in Theaters and on HBO Max. We are so excited to announce share that Atlantic Records and Warner Bros. Pictures have just revealed that the new movie musical’s soundtrack just hit the Billboard Soundtrack Charts at # 1!!!!
What a great way to have a CARNIVAL DEL BARRIO today by blasting this awesome soundtrack featuring songs created by a mastermind genius!!!
Congrats to the entire team behind the IN THE HEIGHTS film!!!
We love this soundtrack!!!
Who has seen in the new IN THE HEIGHTS film?
Who is blasting the # 1 hit soundtrack?!!!!
IN THE HEIGHTS Movie Soundtrack Hits #1 in the United States (broadwayworld.com) 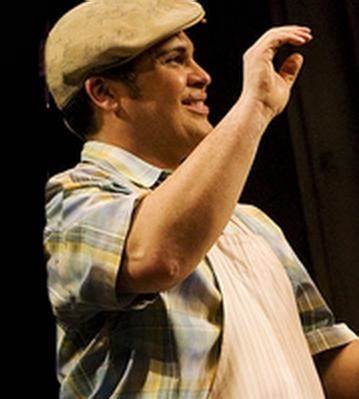 This past week alone has been so much rave for the film adaptation of the Tony and Grammy winning smash hit In The Heights out now in Theaters and on HBO Max. For Lin-Manuel Miranda‘s breakout debut musical, we all first fell in love with the show as a smash on the Great Bright Way. Everyone can relate to all of the powerful characters from THE BARRIO from its main leads like “Usnavi” to even some of the small featured roles like…… “The Piragua Guy”.
Little throwback to the show’s time on the Great Bright Way in 2008 where Miranda and the full HEIGHTS company came together to parody the MTV reality show for Legally Blonde that same year. This hilarious web series parody takes Broadway auditioning to the next level as the HEIGHTS company searches for a new actor to take on the featured role of…… you guessed it…… “The Piragua Guy”. This is LEGALLY BROWN: THE SEARCH FOR THE NEXT PIRAGUA GUY.
Eliseo Romano originated the role in the Broadway production. Most recently, Lin-Manuel Miranda portrayed him in the new film.
It’s done just like for the LEGALLY BLONDE: THE SEARCH FOR ELLE WOODS show for 6 weeks with ongoing Broadway veterans and favorites battle it out in attempt to replace Eliseo as “The Piragua Guy” in the Broadway production of IN THE HEIGHTS. They go through various audition challenges and critiqued by a panel of judges consisting of….
Bernie Telsey of Telsey & Company (the show’s casting director),
Quiara Alegria Hudes (the show’s book writer),
and
Rickey Tripp (HEIGHTS Ensemble cast member).
The aspiring “Piragua Guys” in this consist of….
Tony Award nominee Derrick Baskin,
Hunter Bell,
Cheyenne jackson,
Tony and Emmy nominee Matthew Morrison,
Tony nominee and Oscar winner Allison Janney,
Tony nominee Norm Lewis,
Telly Leung,
Noah Weisberg,
and
Eliseo Roman (THE OG himself) fighting to stay in the game,
There is a twist at the end of the series!!
The series is hosted by Broadway & West End star Asmeret Ghebremichael (HEIGHTS original OFF-Broadway cast member).
There’s also appearances by HEIGHTS company members….
Tony winner Andy Blankenbeuhler (the show’s choreographer),
Janet Dacal (original “Carla” and later replacement “Nina”),
Andréa Burns (original “Daniella”),
Tony nominee Robin De Jesus (original “Sonny”),
Tony winner Thomas Kail (the show’s director),
Lin-Manuel Miranda,
and
Broadway guru Seth Rudetsky.
This web series promises is a delicious HIT!!!! Can one of these amazing talents give “Mr. Softee” a run for his money?!!!!
How funny is this?
Who remembers this?!!
Legally Brown: The Search For The Next Piragua Guy – YouTube

We at New York Broadway Tours want to wish the Drama Book Shop a HAPPY RE-OPENING at its brand new location on West 39th Street. We cannot wait to step inside and continue on with our NON-STOP Theater reading!!!!

IN THE HEIGHTS FILM OUT TODAY!!!

LIGHTS UP on a very exciting celebration today!!! Get ready to HANG YOUR FLAG UP ON DISPLAY as the wait is finally over. We are talking about the highly anticipated film adaptation of Lin-Manuel Miranda‘s breakout Tony and Grammy winning debut smash hit In The Heights out in Theaters and on HBO Max today. The film’s soundtrack is also released as well.
This film is the ultimate CARNAVAL DEL BARRIO celebrating life, love, community, and home during the great and the most difficult times. Very relevant to the time we’re living in today and as we slowly continue to make our way back to normal.
This film is sooooooooo powerful. We know that it will be getting more people exciting about Broadway’s return and even more people to go visit THE BARRIO of Washington Heights.
Break legs to the cast, crew, and creators of this amazing film!!
GO SEE IT!! You will feel all the feels!!!
Who is excited?!!!
In The Heights – Washington Heights Trailer – YouTube
« Older Entries
Next Entries »